Sir Jeffrey - replacing the Protocol is key to restoring Stormont

DUP Leader Sir Jeffrey Donaldson MP responded to the Secretary of State’s statement in the House of Commons by reminding the Government that Northern Ireland’s unionists need a solution to the Protocol before devolution can be restored. 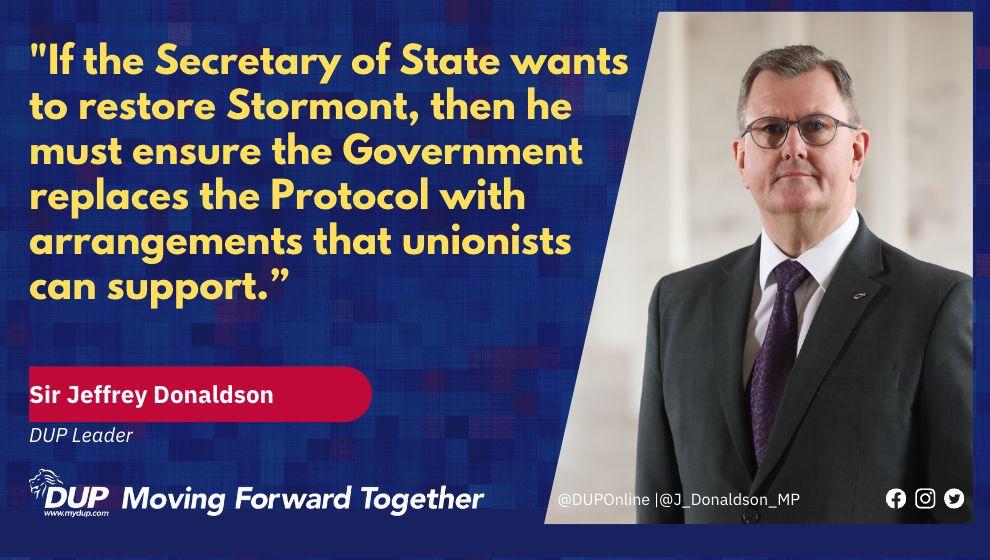 “The Secretary of State has announced he is amending legislation which emanates from the New Decade New Approach agreement yet one of the NDNA commitments from the Government which is not being implemented is the restoration of Northern Ireland’s place within the United Kingdom internal market.

If the Secretary of State wants to restore Stormont, then he must ensure the Government replaces the Protocol with arrangements that unionists can support.”

“Whilst people speak about their desire to protect the Belfast Agreement, they fail to recognise the core element of the Agreement was consensus, yet every unionist MLA and MP opposes the Protocol.

Progress is only made in Northern Ireland when there is a foundation based on the consent of unionists and nationalists. Indeed, some of those seeking to now abandon consent were silent for 1044 days when Sinn Fein blocked devolution over the Irish language.”