DUP Leader Sir Jeffrey Donaldson MP has told party members and supporters in Lagan Valley that whether there is an election in Westminster or in Stormont, the Protocol rubble needs removed if the devolved government foundations are to be stabilised. 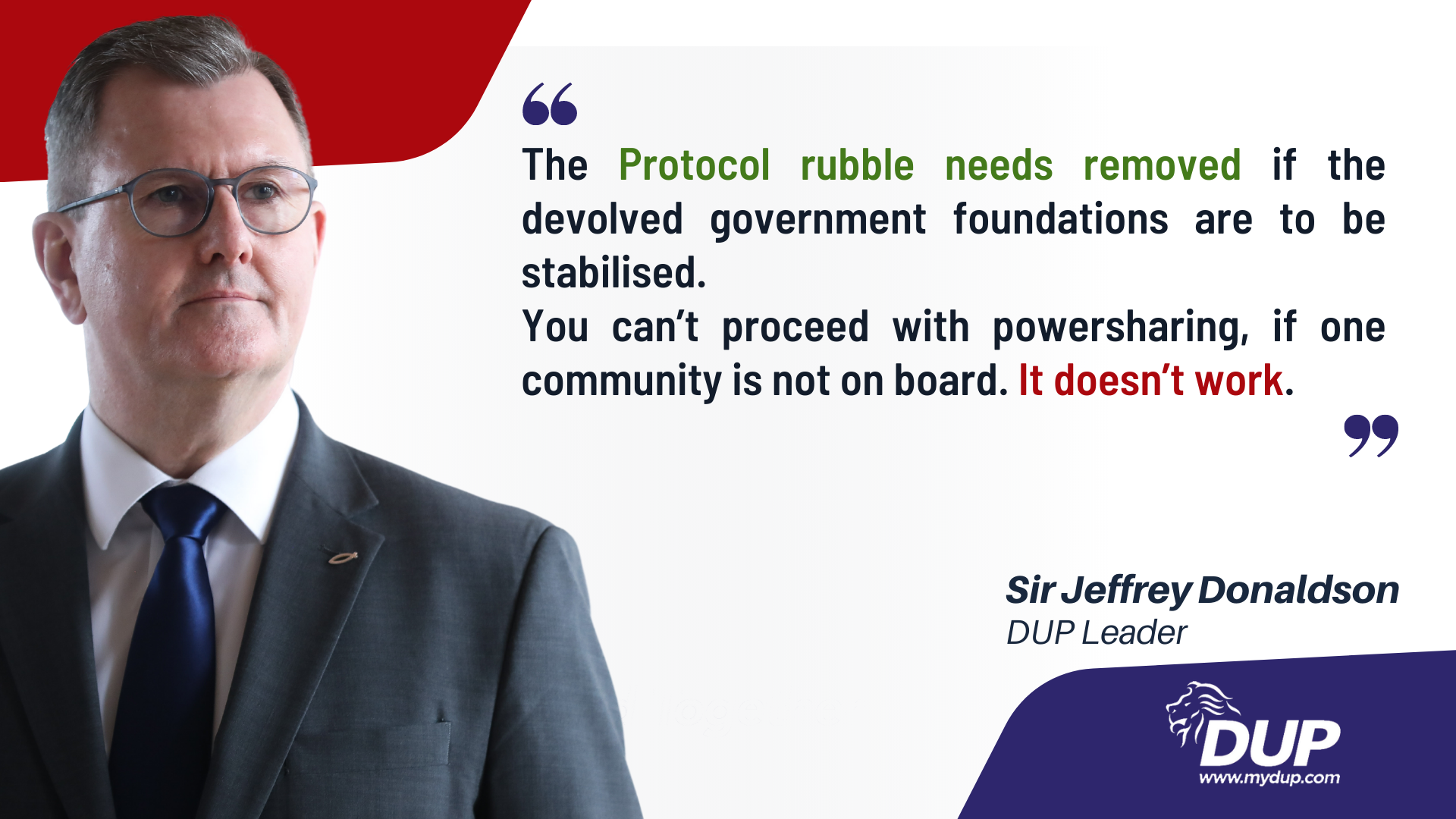 “Devolution can only flourish when there is a solid foundation with cross-community support. I want to see fully functioning devolved government restored in Stormont but that can only happen when the Protocol is replaced by arrangements that unionists can support. No unionist MLAs or MPs support the Protocol. That, as I warned 18 months ago, is not compatible with a functioning Executive.

The Protocol rubble needs removed if the devolved government foundations are to be stabilised. You can’t proceed with powersharing, if one community is not on board. It doesn’t work.

When a new Prime Minister is in place, if they want to see a fully functioning Stormont, they will have to deal with the Protocol once and for all. Short term fixes will be a disservice to Northern Ireland. That has been tried in the past. Everyone in Northern Ireland disserves a solution which can allow Stormont Ministers to get on with their job and make Northern Ireland a better place.”