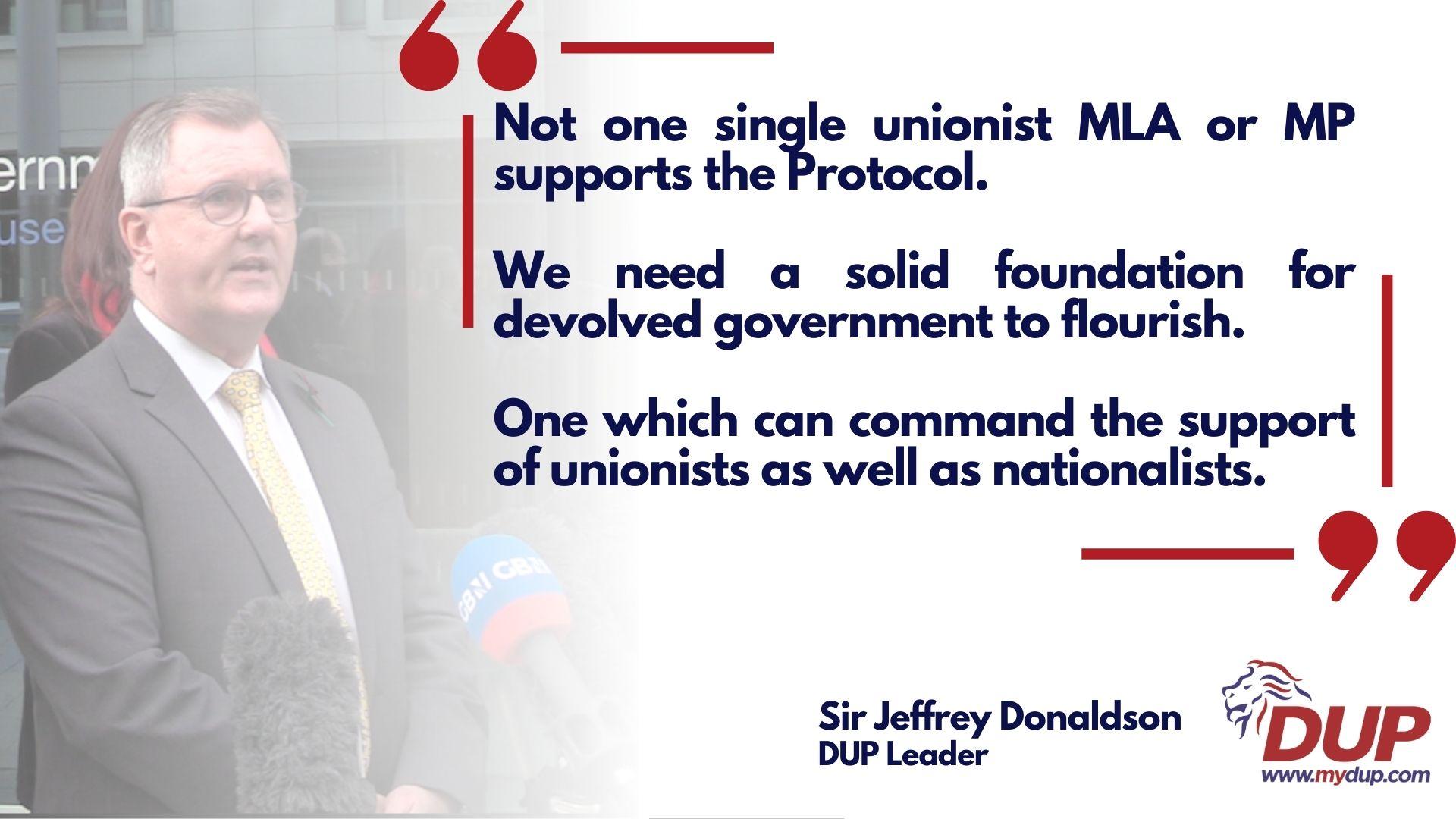 “Political progress in Northern Ireland was hard won and is built on the support of unionists and nationalists. One section of our people dominating another will never produce durable or balanced outcomes. We warned of this in the House of Commons immediately after the Protocol was put in place.

Not one single unionist MLA or MP supports the Protocol. We need a solid foundation for devolved government to flourish. One which can command the support of unionists as well as nationalists. There will be no basis for an Executive and Assembly until the Protocol is replaced with arrangements that restore Northern Ireland’s place in the U.K. internal market and our constitutional arrangements are respected.”

“This is a matter for the Secretary of State and the speculation is of his own making. Let’s be clear though, unionism is uniting behind our message. We are ready for an election, and I will happily renew, and strengthen the mandate we already have for the action we have taken.”