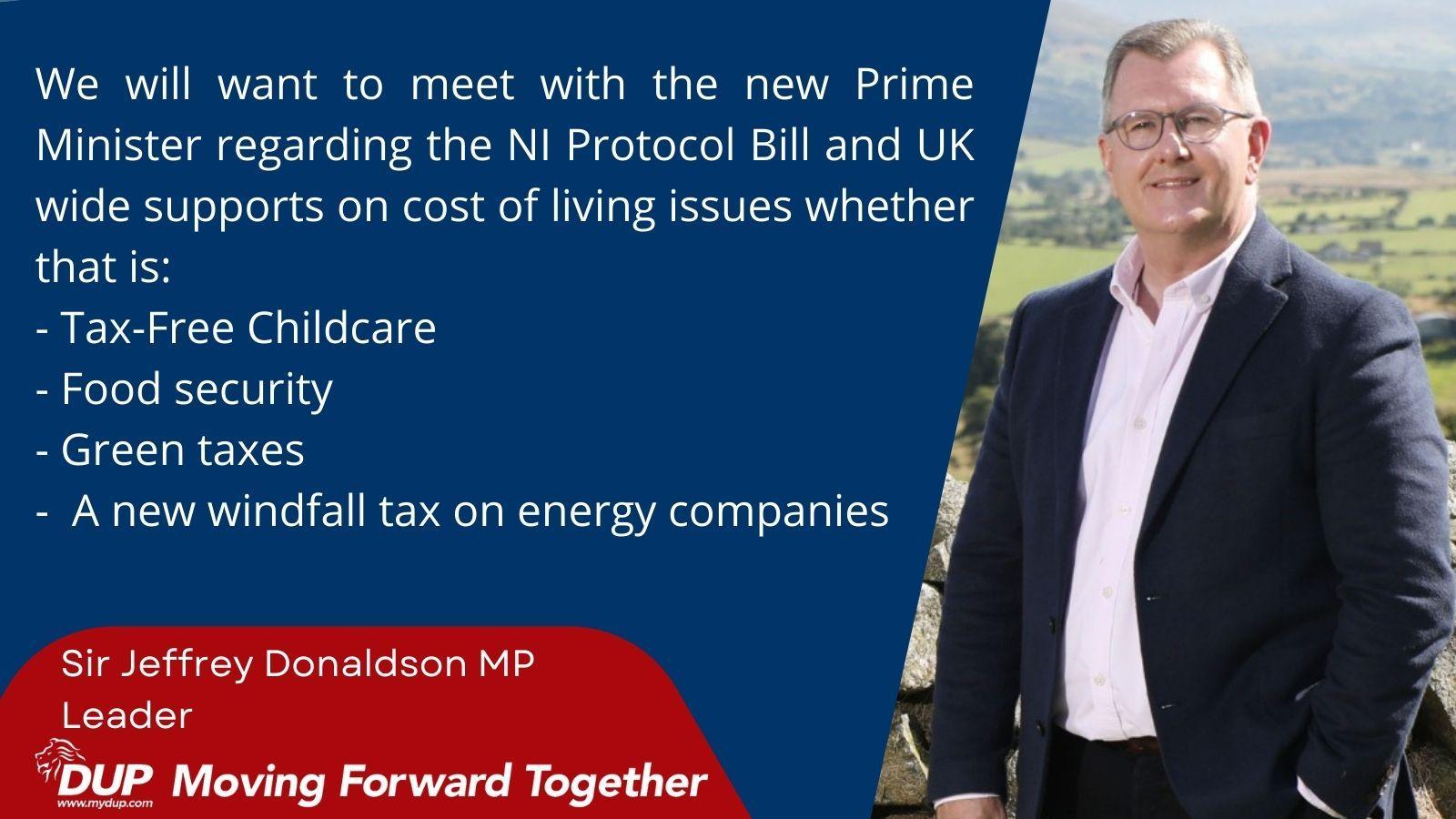 “The leadership of the Conservative Party is a matter for its members, and we have endeavoured to respect their internal processes.

We do of course have an interest in how the change of Prime Minister will impact on the NI Protocol Bill which is making its way through Parliament at the moment. This legislation is a good step forward in restoring Northern Ireland’s place in the United Kingdom but there is still a significant road to travel in terms of legislative stages and then also the relevant Ministers making use of the legislation.

I will be seeking an early discussion with the new Prime Minister to establish their plans. Maros Sefcovic said “there can be no renegotiation” on 13 June and 22 May 2022. We tried that route for two years. With the EU Commission repeatedly refusing to change their negotiating mandate, I am dubious about future negotiations producing the kind of change unionists need to see. Therefore, the Government will need to make clear that any outcome from such renewed negotiations with the EU must respect the integrity of the U.K. Internal Market and Northern Irelands place in the Union.

Having called for action, this Bill was welcome recognition by the Government that the Protocol must be replaced with arrangements that respect Northern Ireland’s place in the United Kingdom. We now need to keep pace and ensure the Bill is not hollowed out in the House of Lords.

We operate powersharing in Northern Ireland, not majority rule. Not one unionist MLA supports the Protocol and whilst Sinn Fein demands devolution be re-established, this same Party had no qualms about collapsing devolution, with no Ministers in place, for one thousand and forty-four days over Irish language legislation.

The cost of living for people in Northern Ireland is a pressing priority. The main levers of help rest in Westminster whether that is tax-free child care, fuel duty, green taxes on energy bills or sensible policies to ensure our food security. We have put proposals to the former Chancellor and we will want the incoming Prime Minister to also consider a UK wide programme of supports to help working families through this winter.”