Sir Jeffrey: NI should not be used as a pawn in a diplomatic chess match

DUP Leader Sir Jeffrey Donaldson has said that Northern Ireland through the Protocol was used as a mechanism by which to punish the United Kingdom for choosing to leave the European Union. 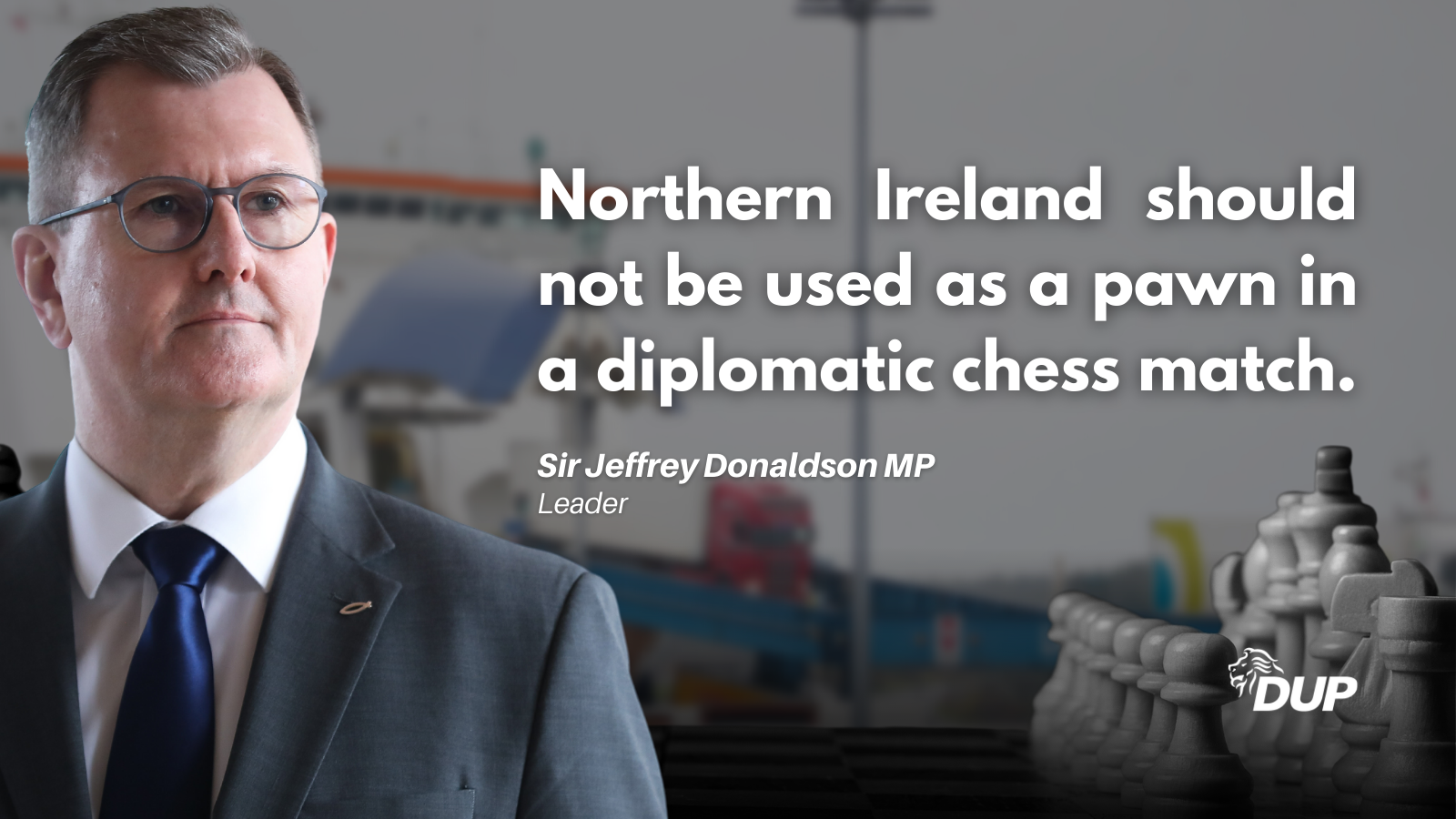 "The Irish Government was a primary cheerleader for the imposition of the Northern Ireland Protocol. That Protocol has damaged the East-West element of our delicate political settlement and this has gravely undermined North-south relations.

It is clear that some people viewed Northern Ireland as a useful mechanism by which they could 'punish' the United Kingdom for choosing to leave the European Union. Northern Ireland and its people should not be used as a pawn in a diplomatic chess match.

All concerned parties must pause, step back and look at the bigger picture. We know that progress is only secured in Northern Ireland when it can win the hearts and minds of all communities. The fundamental flaws of the Protocol need to be recognised and then we can all work towards lasting replacement arrangements which command the necessary support."