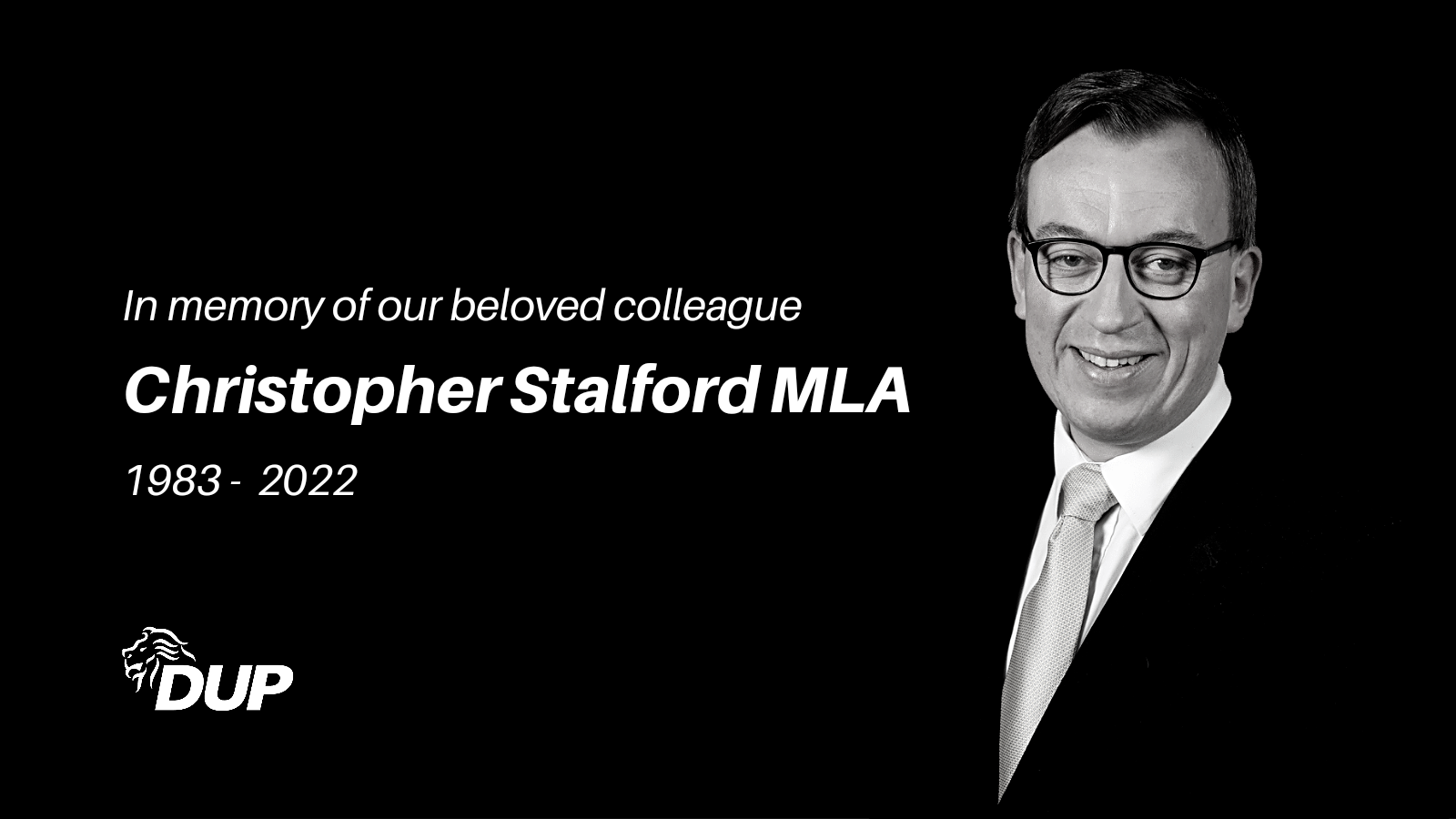 “I am deeply saddened to learn of Christopher’s sudden death. He was not just an elected representative or a colleague, he was a friend.

On behalf of the Party, I express my sympathies to Laura and the wider Stalford family on the loss of a husband, father, son and brother.

I talked at length with Christopher on Friday night. He was passionate about Northern Ireland and wanted the best for his constituents. I was never to know how precious that conversation was to be.

Most telling of all in that conversation was his pride in Laura and their children. He talked about his eldest child transferring to big school and the discussions that were ongoing in the home.

Christopher believed in stretching himself to build a genuinely shared future. He was confident in his unionism and his identity and was always prepared to provide leadership to keep Northern Ireland moving in the right direction.

The Stalford family will be in our prayers as they mourn Christopher’s passing.”

“I’ve known Christopher since his childhood. His family have been faithful members of the Party from its foundation.

As a party, we are shocked and saddened by his death but most of all we are heartbroken for Laura, their four little children and Christopher’s wider family who will feel this loss most keenly.

We are praying that the God of all comfort will be with the Stalford family at this difficult and sad time as they mourn the sudden and unexpected passing of one who was so dear and precious to them.

From his earliest days, Christopher was immersed in the politics of Northern Ireland. He was a committed unionist and was always destined to be an elected representative because he had a heart for the people, public service and making Northern Ireland better.

We thank those across the political spectrum for their condolences and thoughtfulness. We ask that Christopher’s family are given privacy and space to grieve.”

The Stalford family have asked for privacy and do not wish to give any interviews at this time.

The funeral details will be made public in due course.

Christopher was aged 39. Husband to Laura and father of four children.

Any media queries should be directed to the DUP Press Office.