DUP Leader Sir Jeffrey Donaldson has told party members and supporters in Kilkeel that seats were lost as direct result of the fractures within unionism, welcomed new members and committed to improved cooperation within unionism. 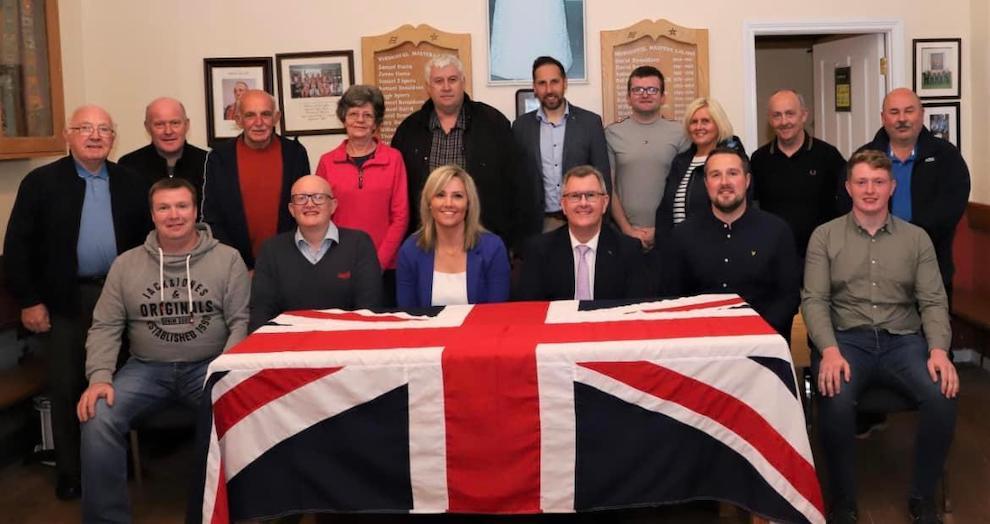 “Our slogan in the NI Assembly election was “moving forward together”. That is true in relation to the Northern Ireland Protocol where we cannot make progress if the concerns of more than 40% of the electorate are ignored.

Moving forward together also relates to the situation amongst those of us who value and cherish our place within the United Kingdom. The clear message I heard from pro-Union voters right across Northern Ireland during the election campaign was that they are sick and tired of a divided and fractured unionism.

Across Strangford, North Antrim and East Antrim however, sufficient votes were cast to return 12 unionist MLAs yet only 9 were elected. That is a direct result of the fractures within unionism with a multitude of candidates. It’s no good repeating the theory that you can’t split the vote in a PR election when in the real world we see pro-Union representation reduced because of it.

There is a unity of purpose within unionism in relation to the Northern Ireland Protocol. Even opinion polls show that the vast majority of unionists support our stance that the Protocol must be resolved before devolution can be restored. I want to see that unity of purpose built upon. Right across unionism we all share much more in common than divides us.

A more cohesive unionism is not only what the unionist community want to see, but it is vital in maximising the pro-Union voice and in strengthening our place within the United Kingdom."