Sir Jeffrey – “a significant first step by HMG on Protocol”

DUP Leader Sir Jeffrey Donaldson MP has said the publication of the Government’s Command Paper on the Northern Ireland Protocol is a first step and a tacit acceptance that the Protocol is not working. 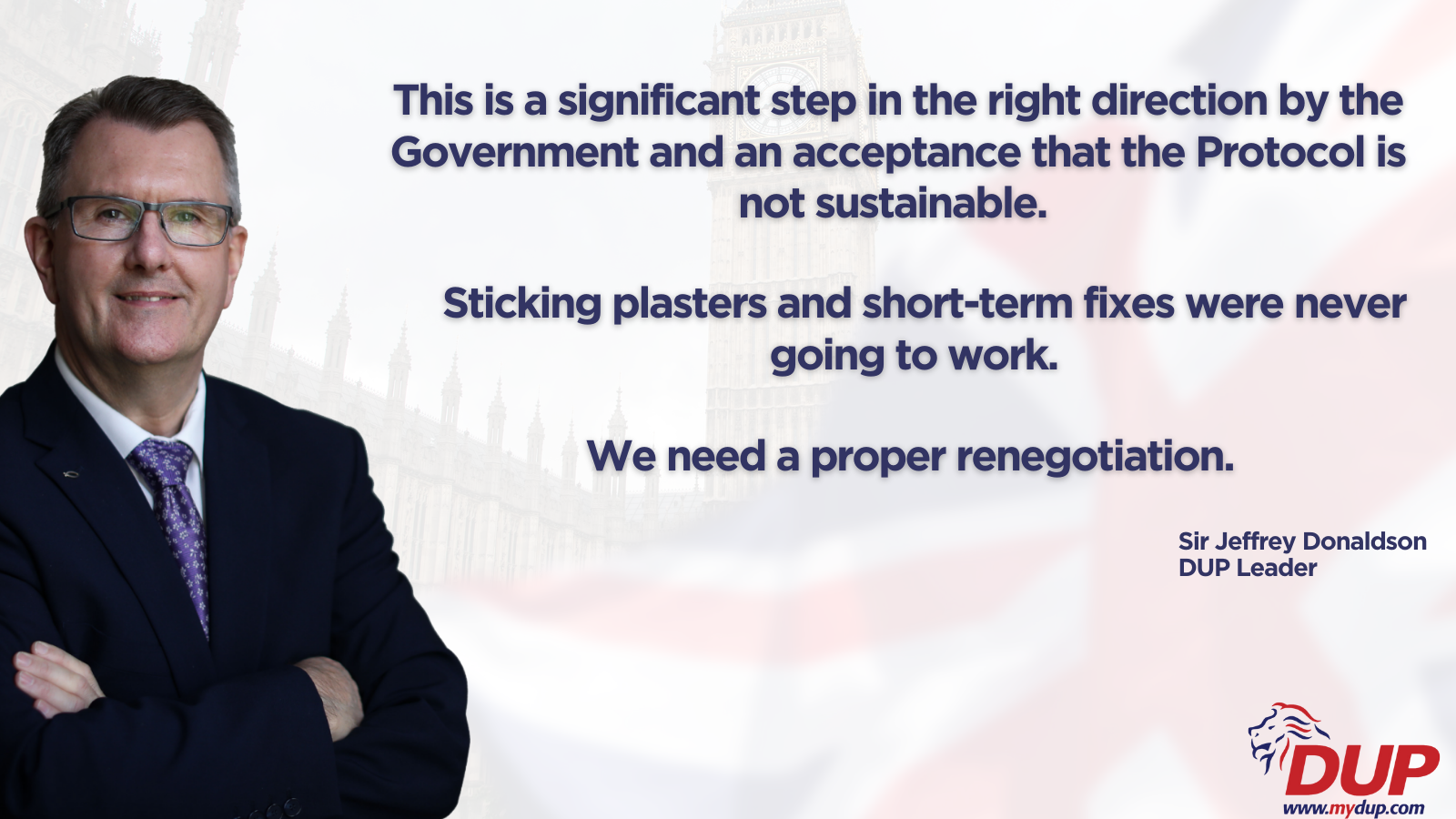 “This is a significant step in the right direction by the Government and an acceptance that the Protocol is not sustainable. We warned about the flaws of the Protocol and since its imposition upon Northern Ireland, we have been highlighting how the Irish Sea Border has been injurious to almost every area of life for people living in Northern Ireland.

Sticking plasters and short-term fixes were never going to work. We need a proper renegotiation.

Last week, we published seven tests for any new approach to the Protocol. That is the yardstick we will use in the days ahead. Those tests are based on the Government’s own commitments.

Whether in agri-food, manufacturing, medicine or supermarket sectors, long term decisions are already being made. The Prime Minister must continue at pace to remove the Irish Sea Border which is fracturing the economic and constitutional integrity of the United Kingdom.

The rigid refusal by Brussels to even consider renegotiation of the Protocol is symptomatic of how we reached this point. The EU has failed to recognise the concerns of unionists and has shown zero respect for the consensus approach which has helped secure peace and stability in Northern Ireland.”