‘‘Sinn Fein’s sights at this election are fixed firmly on a divisive border poll.” Weir

DUP Strangford Candidate Peter Weir has said the electorate should be under no illusions about Sinn Fein’s divisive plans for Northern Ireland should they win the Assembly Election on 5th May. 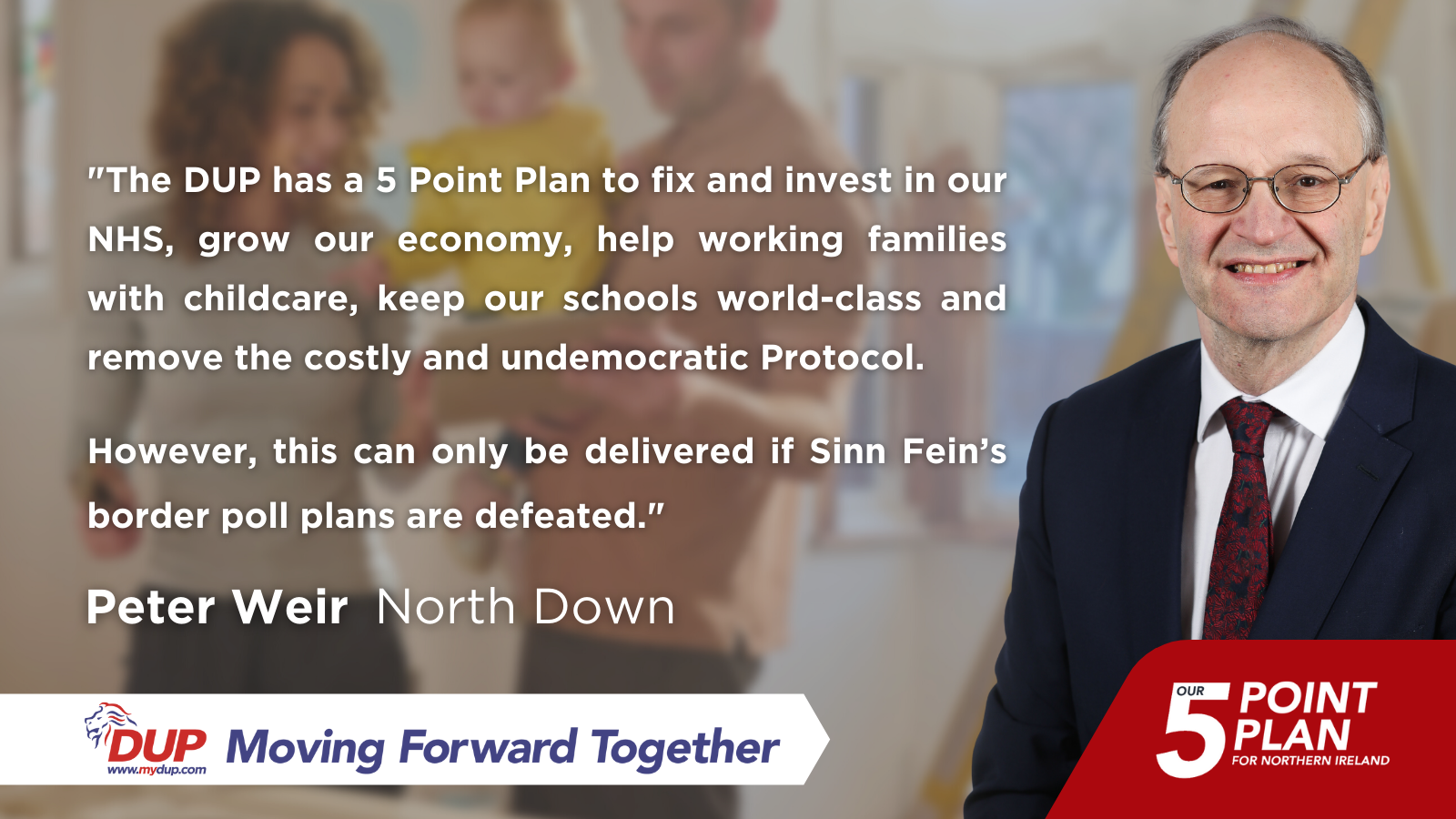 ‘‘Sinn Fein’s sights at this election are fixed firmly on a divisive border poll. There has been no Road to Damascus experience at Connolly House. In reality, SF activists are still touting the opportunity to ‘make history’ to wealthy US donors and on the doorsteps.

Every vote on 5th May will decide the future direction of Northern Ireland. Each ballot cast will set the priorities for the next Assembly. Sinn Fein should tell the truth about their plans to consign our communities to years of arguing and fighting over a border poll rather than focus on the issues that matters.

The DUP has a five-point plan to fix and invest in our National Health Service, grow our economy, help working families with childcare, keep our schools world-class and remove the costly and undemocratic Protocol. However, this can only be delivered if Sinn Fein’s border poll plans are defeated.

The DUP is the only party that can stop Sinn Fein’s border poll plans.

This election is a wake-up call for Unionism. Sinn Fein’s recently discovered concern over the cost-of-living crisis is more about keeping Unionists at home on polling day than it is about helping ordinary people.

It is clear that not voting, or giving a first preference vote to any party other than the DUP, will divide and weaken the unionist cause. This will only cement Sinn Fein’s destructive vision for Northern Ireland.’’