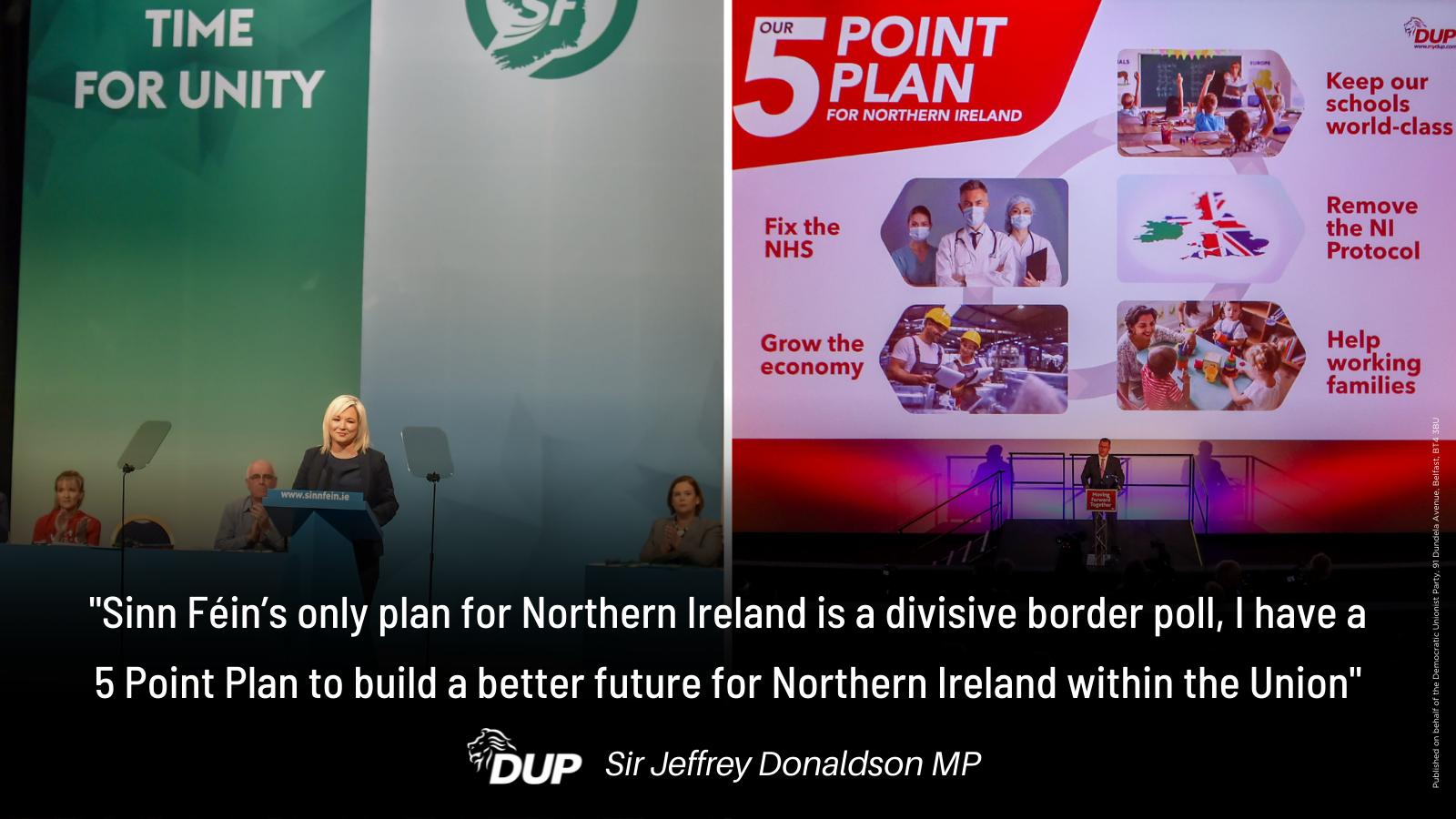 "Sinn Fein need to tell the truth about their divisive border poll plans.

They are telling their wealthy donors in America the truth but spinning the people of Northern Ireland something else.

Hours after Michelle O’Neill claimed Sinn Fein had “paused” their divisive border poll plans, Friends of Sinn Fein were emailing supporters with an “Urgent Election Update” where the sole focus was on a united Ireland and how the NI Assembly election can “realise this opportunity”.

In February, Michelle O’Neill told Sky news that republicans were “closer than we ever have been (to a united Ireland) and I think now is the time to plan”.

In March, Sinn Fein spent huge amounts of money taking out newspaper adverts across the United States claiming “now is the time” for a border poll.

The Sinn Fein website even today has a homepage banner declaring “Time for Irish unity” leading to a dedicated section of the site.

Whilst Sinn Féin’s only plan for Northern Ireland is a divisive border poll, I have a five point plan to build a better future for Northern Ireland within the Union, by fixing our National Health Service and investing £1 billion more in it, growing our economy and creating 20,000 jobs in the next 5 years, helping working families by delivering 30 hours free childcare per week and tackling the cost of living crisis, keeping our schools world-class, and working to remove the Irish Sea border.

Anyone believing that one statement from Michelle O’Neill would overturn decades of republican dedication to the break-up of the United Kingdom is either dangerously naïve or must share Sinn Fein’s desire to deceive the public."