Sinn Fein snub a demonstration of their vision for the future

DUP Leader Sir Jeffrey Donaldson has said Sinn Fein misjudged the moment in their refusal to attend today's church service in Armagh. He also said their approach in recent months had been to snub any reference which acknowledges the existence of Northern Ireland which is a demonstration of their vision of a so-called 'new Ireland'. 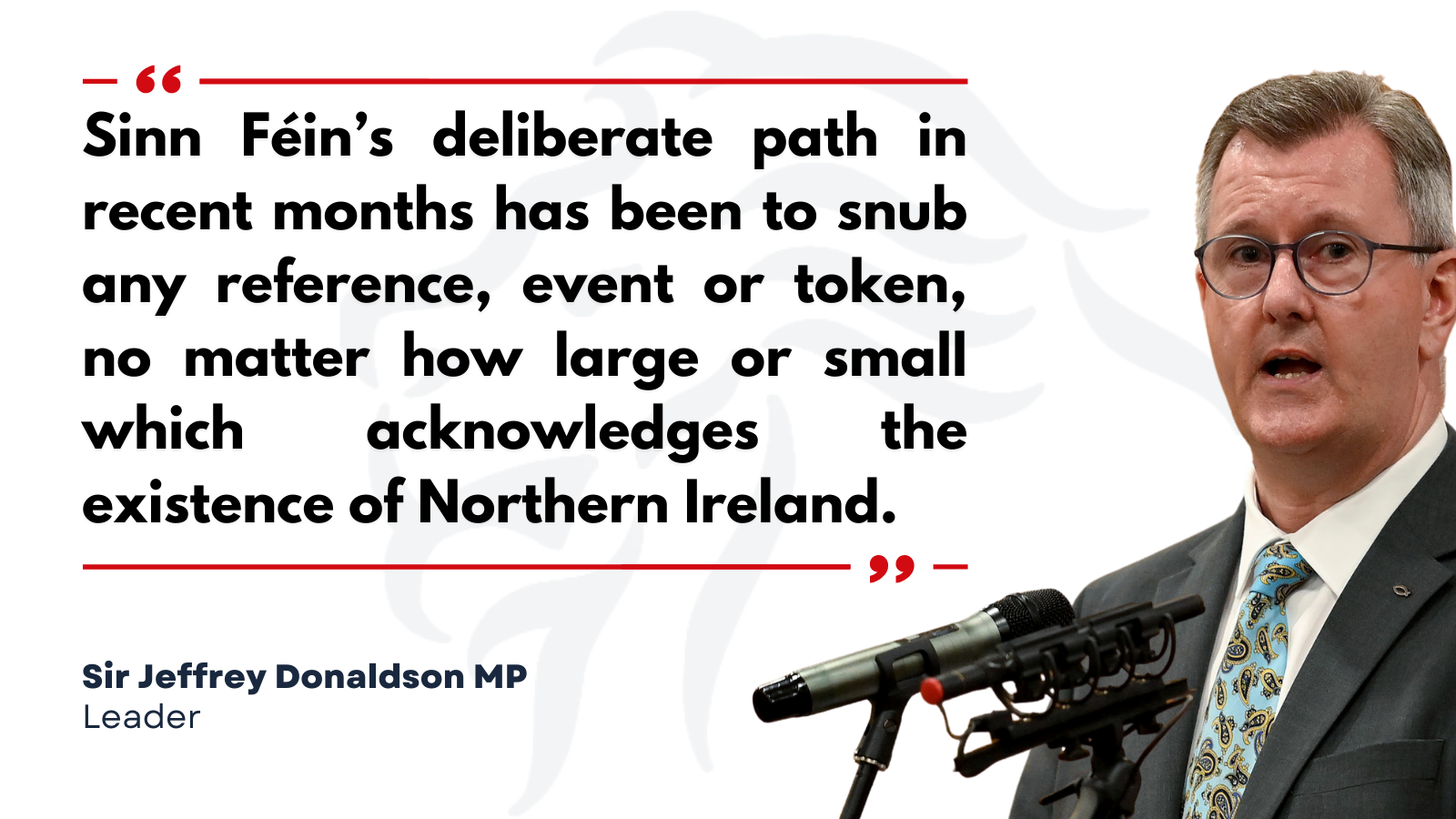 Sir Jeffrey said "At the service in Armagh today there was representation from across the community in Northern Ireland and the nature and content of the service was truly inclusive and reflective of all traditions. Our Church Leaders are to be highly commended for putting together such an uplifting service and our deep appreciation goes to them and to all those who took part.

It remains a disappointment that the Deputy First Minister felt unable to attend such a service of Reflection and Hope marking Northern Ireland's centenary, where the focus was on reconciliation. I think Sinn Fein yet again misjudged the moment and I hope lessons can be learned from this.

Sinn Féin’s deliberate path in recent months has been to snub any reference, event or token, no matter how large or small which acknowledges the existence of Northern Ireland. Reflecting on Northern Ireland's centenary is not just about the past 100 years, but is about looking to the future also. In that vein Sinn Fein's blocking the lighting of Parliament Buildings for one evening, or refusing to find space for a rose bush within a 200 acre estate highlights not just a stark lack of generosity to others in Northern Ireland but a worrying signpost towards how they view the future.

One of the striking aspects of the service in Armagh was to see local children outlining their hopes for the future in Northern Ireland. The Deputy First Minister of Northern Ireland chose not to listen to them. I will continue to celebrate the centenary of Northern Ireland and the achievements of everyone from our country over the last 100 years. However I recognise that others are more reflective about the creation of Northern Ireland. It is particularly striking that those who talk most loudly of a 'new Ireland' should use today to offer a clear demonstration of what their vision would entail."