North Belfast MLA Brian Kingston has questioned whether Sinn Fein's priority is road safety or party political promotion after the erection of 'road safety' signs by the party in the Deerpark and Oldpark Road area of Belfast. 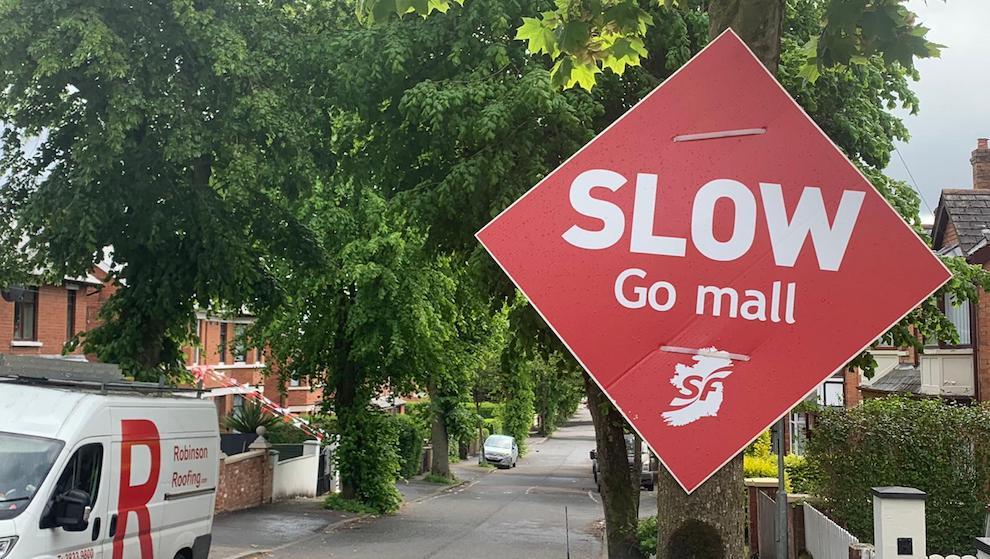 The DUP MLA said, "Traffic calming measures and road safety should be something which should unite people from every background. Sinn Fein however, have even managed to drag road safety into the realm of party politics. If any community has concerns about safety issues then signage or other measures might be necessary, but there are simply no circumstances where those signs need to bear the logo of any political party.

Sinn Fein's signs are nothing more than a transparent attempt to hi-hack road safety for party politicking. It's also a fairly obvious dismissal of the Department for Infrastructure's ability to deliver proper safety measures in the area. That is of course a Department which is headed by a Sinn Fein Minister.

There is absolutely nothing wrong with any party campaigning and lobbying for better road safety, but residents within this mixed community who have contacted me don't want to feel the issue is "owned" by Sinn Fein through the erection of signage. They also don't want these to become a permanent fixture in their area. Sinn Fein will also have been perfectly aware that the inclusion of dual language on the signs is also going to have added a further political dimension.

Attaching signs to trees and other places with no thought or decision-making process behind it isn't the way to improve road safety. Indeed, badly placed signs could only make visibility worse and exacerbate problems.

Sinn Fein need to step back from politicising every issue, including road safety. They should take the signs down and start engaging in real politics instead where representatives present a case and persuade the proper authorities to take steps which can actually help communities."