The DUP Strangford candidate Peter Weir has said Sinn Fein’s call for a date to be set for a border poll is the last thing Northern Ireland needs. 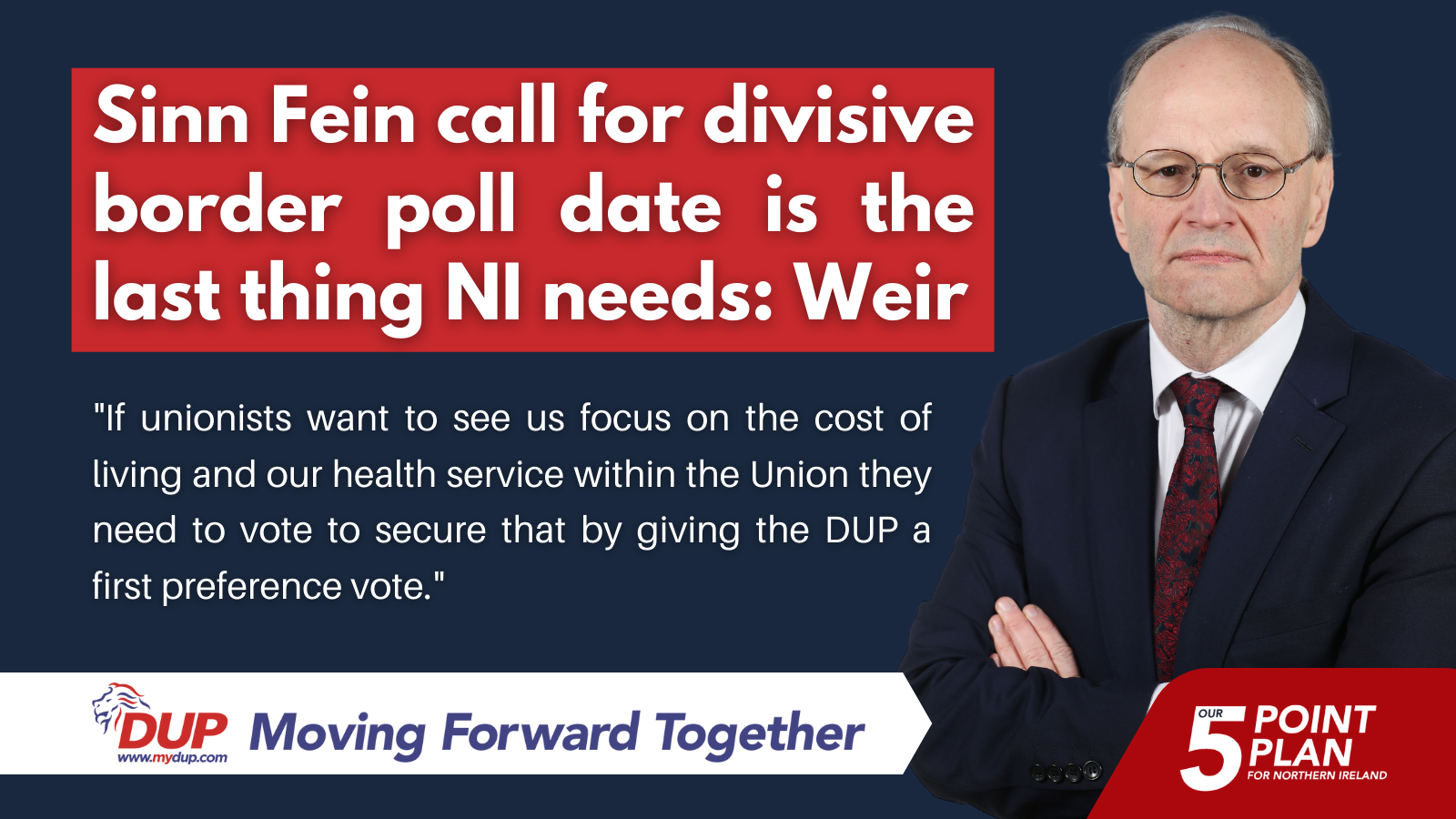 “It is now confirmed that if Sinn Fein win this election, they will seize this as a mandate for a border poll to be called.

Central in their manifesto launch was setting a date for a border poll. With Northern Ireland just emerging from effects of covid and a cost of living crisis as a result of the war in Ukraine, the last thing we need is a divisive border poll.

No matter how Sinn Fein dress it up, a Sinn Fein win will place a focus on a divisive border poll and take Northern Ireland in the wrong direction.

If unionists want to see us focus on the cost of living and our health service within the Union they need to vote to secure that by giving the DUP a first preference vote.”