DUP Deputy Leader Paula Bradley MLA has said actions by Sinn Fein to snub and scupper events which are of a major significance to the people of Northern Ireland, has once again shown their rhetoric about inclusivity is nothing more than meaningless bluster. 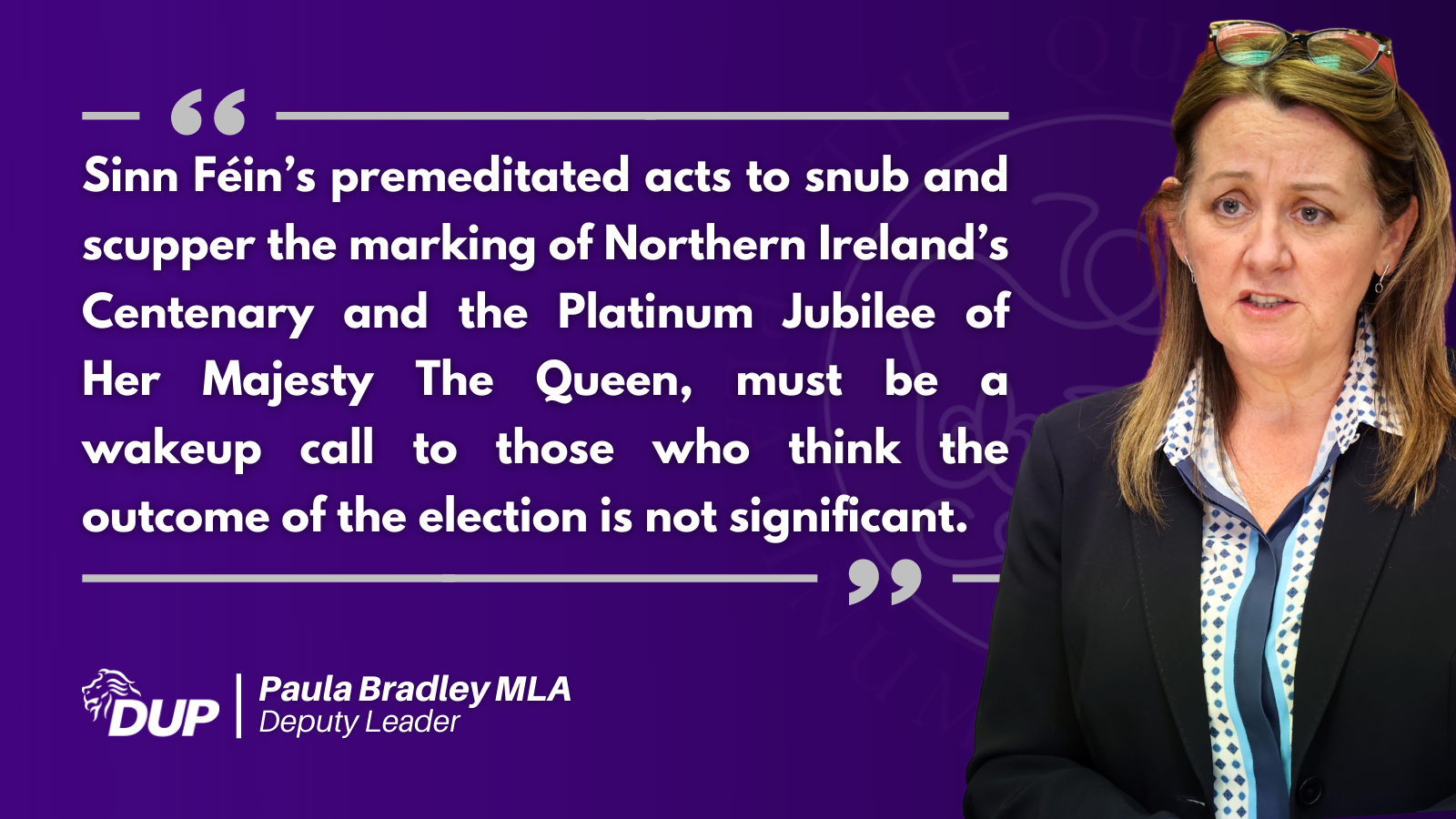 The North Belfast MLA said these actions showed the importance of the forthcoming election.

"Sinn Féin’s actions have once again shown their rhetoric about inclusivity is nothing more than meaningless bluster.

Their premeditated acts to snub and scupper the marking of Northern Ireland’s Centenary and the Platinum Jubilee of Her Majesty The Queen, must be a wakeup call to those who think the outcome of the election is not significant.

To date, Sinn Fein have shown no embarrassment in abusing positions which they currently hold, to subject the people of Northern Ireland to their petty exclusiveness.

Be it the planting of a rosebush, the dedication of a tree, attendance at a cross community church service or the illumination of a building, Sinn Fein have failed the test of leadership on each and every occasion.

The people of Northern Ireland rightly expect their political leaders to discharge their duties with equality, integrity and respect.
Sinn Fein have denied their Unionist neighbours even these most basic of asks.”