The DUP’s East Londonderry MP Gregory Campbell has said those drawing lazy analysis from the census regarding a border-poll outcome should step back and analyse the link between religious breakdown and electoral outcomes in the last 20 years. 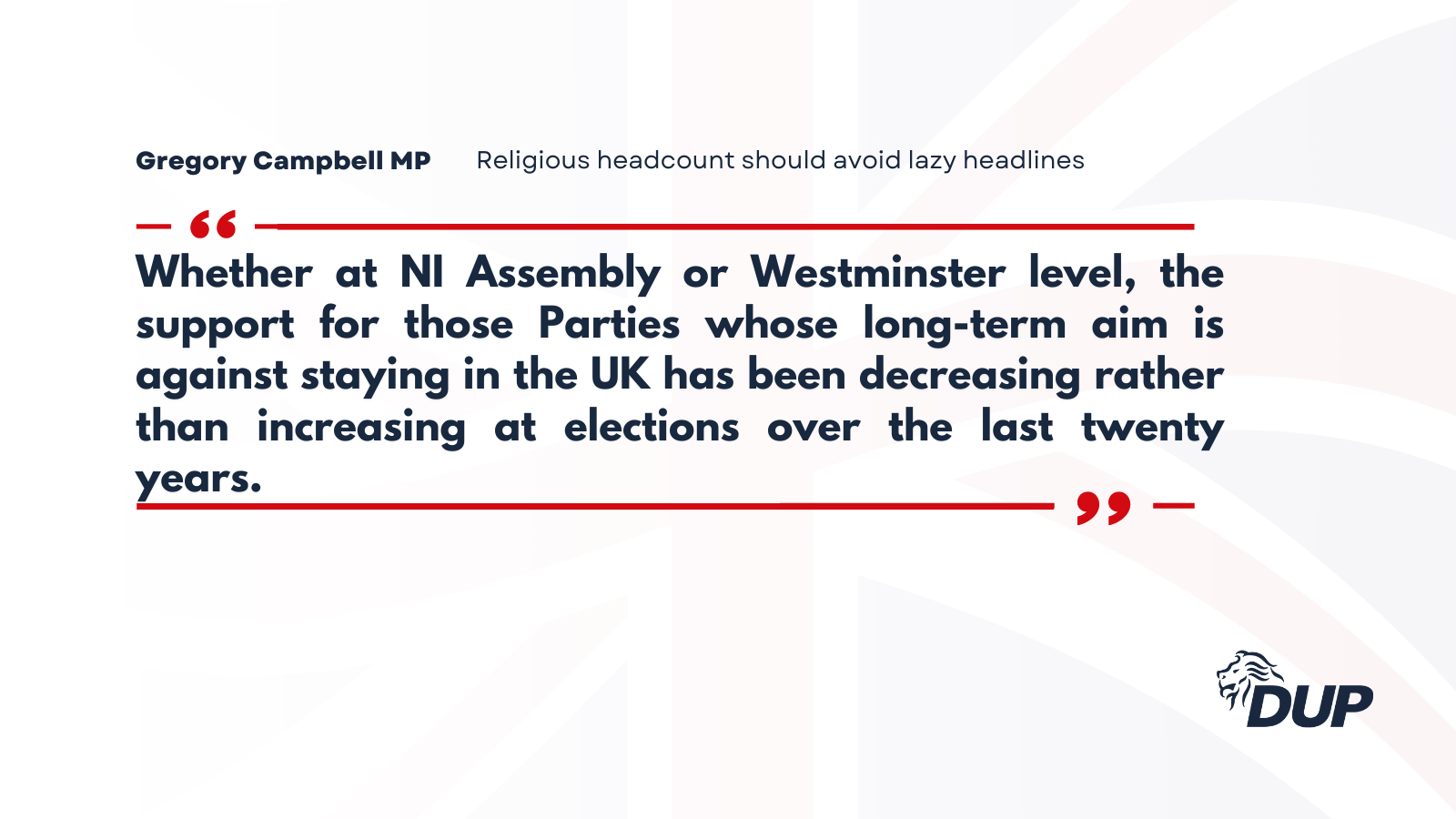 “The Northern Ireland census every ten years brings with it the inevitable 'religious headcount' with writers and some politicians making ill-informed comments about the religious breakdown and what it might mean politically.

Some make an automatic read across that more Roman Catholics or fewer Protestants means border-poll. It is undoubtedly the case that there has been a change in the demographic makeup of Northern Ireland over the last 50 years.

As the census will show, there are no majorities. There is a Protestant minority, a Roman Catholic minority and a minority of people who don't describe themselves as coming from either of these two backgrounds.

Instead, there should be an examination of the voting patterns at elections considering the religious changes in previous census reports. When we examine Province-wide election results between not just the last census but the one before that and now, we see a very emphatic rejection of this notion of religious background equalling political preference.

Whether at NI Assembly or Westminster level, the support for those Parties whose long-term aim is against staying in the UK has been decreasing rather than increasing at elections over the last twenty years.

Indeed, in the most recent NI Assembly election, the combined Sinn Fein, SDLP and Aontú vote was 39.6% compared to 43% in 2001.

It is plain to see demographics have changed over the last twenty years, but it is also clear that support for nationalist and republican border-poll calling parties has not grown. Rather it has declined slightly.