PSNI must be transparent about CRJI investigation

The DUP’s lead representative on the Policing Board Trevor Clarke has said the suspension of funding to Community Restorative Justice Ireland (CRJI) raises fresh questions regarding the nature of the PSNI’s relationship with the organisation. 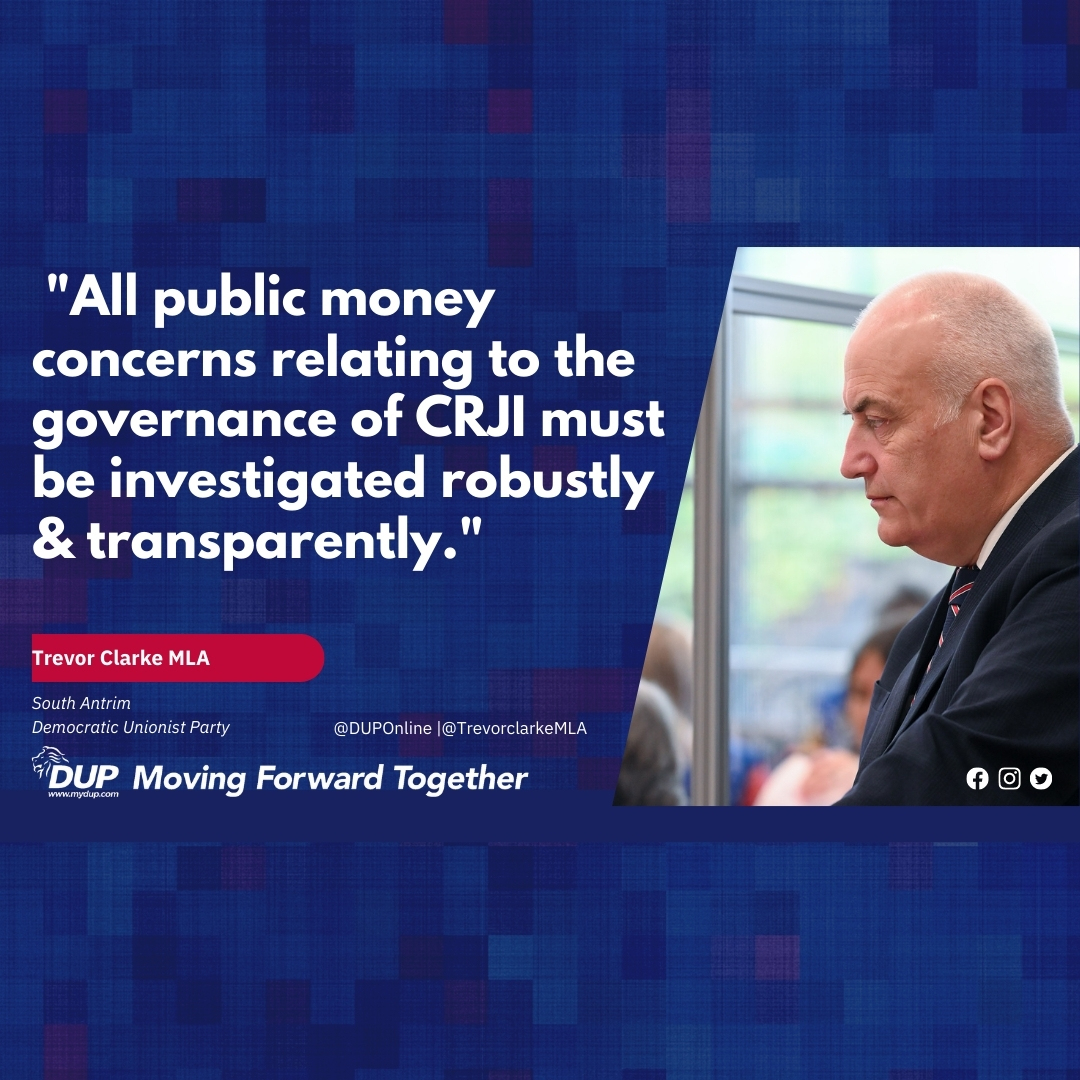 ‘‘Every project funded from the public purse must be held to the highest standards. Any concerns relating to the governance of CRJI must be investigated robustly and there is a duty on the relevant statutory bodies to act in a proactive and precautionary way.

This must not just relate to funding from the Executive Office but all public funding streams.

Recently the relationship between CRJI and the PSNI has rightly come under significant scrutiny. Valid concern has been raised about the level of influence handed to this group in developing contentious new policy, including the Review of Policing in South Armagh.

The Chief Constable also caused deep distress to innocent victims when he met convicted murderer and CRJI Director Harry Maguire just as victims prepared to mark the anniversary of the killing of Corporals Derek Wood and David Howes.

With this in mind, confirmation that a senior police officer was on the board of CRJI will amplify rather than assuage concerns around fairness and proportionality. Does the PSNI replicate this level of engagement toward other victims’ groups, including those representing communities targeted by the IRA?

There needs to be a careful examination of risk and conflict of interest, especially given the PSNI’s reliance on CRJI to carry out consultation work in certain communities.

I will be making the Chief Constable aware of our collective concerns in the days ahead.”