Pro-union voters must maximise the impact of their vote

DUP Leader Sir Jeffrey Donaldson MP has called on all those with an interest in maintaining and strengthening the Union to encourage transfers to other pro-union candidates on 5 May. 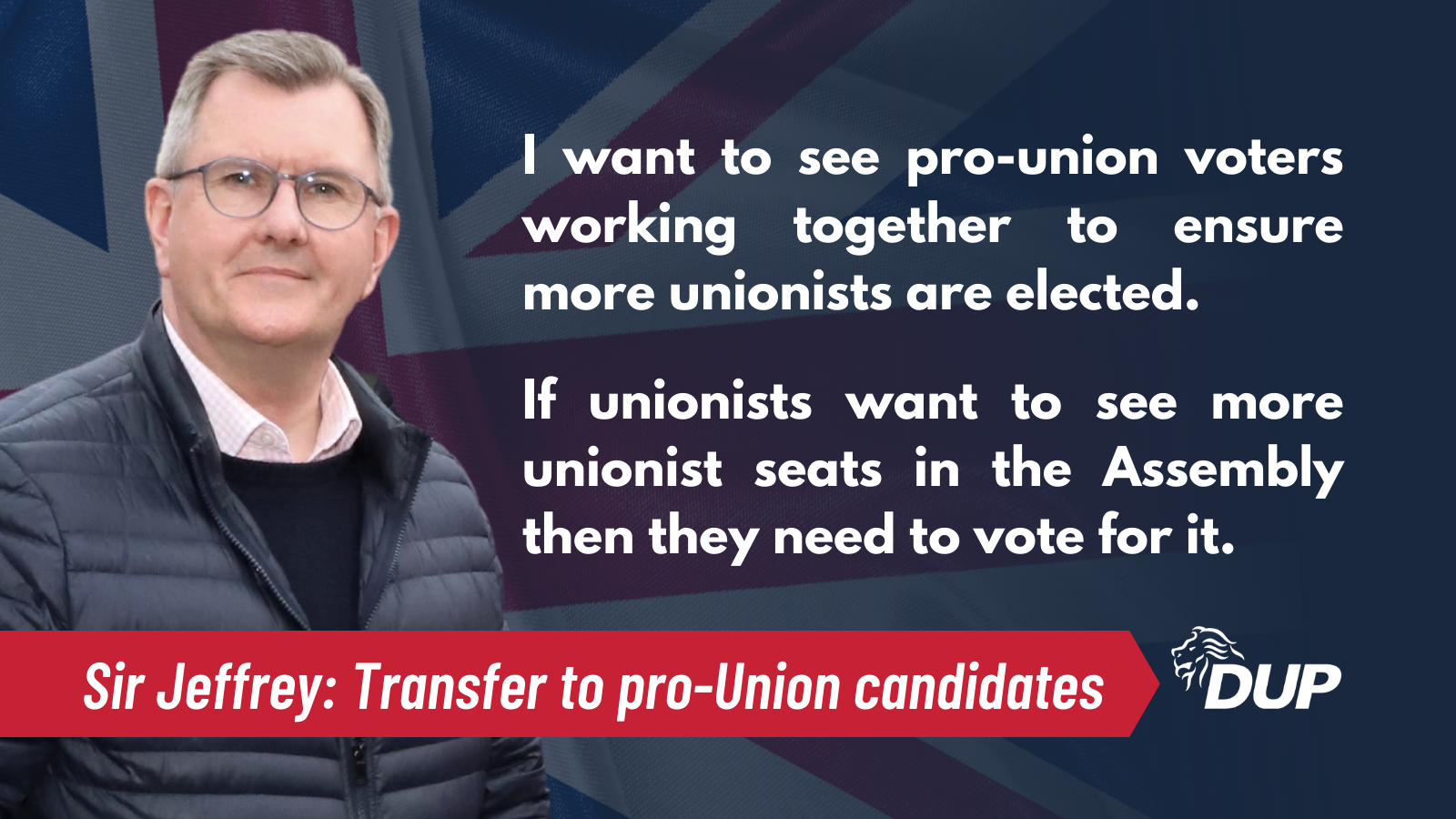 The DUP leader was canvassing with Cllr Frank McCoubrey in West Belfast when he made his call for unionist cooperation.

“This election is the most important for a generation.

Voters have a clear choice between our plan for fixing health, helping working families with the cost of living crisis, and growing our economy within the Union, and Sinn Féin’s divisive border poll plan. The election outcome will decide if Northern Ireland goes in the right direction or the wrong direction.

Even last night on the BBC, Mary Lou McDonald was talking about this election being an opportunity to advance “constitutional change”. Make no mistake, if Sinn Fein win this election, their plan for a divisive border poll will be advanced.

It is most important in constituencies where unionism only has one seat, or where pro-union representatives can gain an additional seat that voters maximise the impact of their ballot by voting DUP and then transferring to other pro-union candidates.

As unionist parties we share a great deal more in common than divides us. More effective co-operation is something I know unionists across Northern Ireland want to see, regardless of their party preference.”