Poots represents Northern Ireland on the global stage at COP26 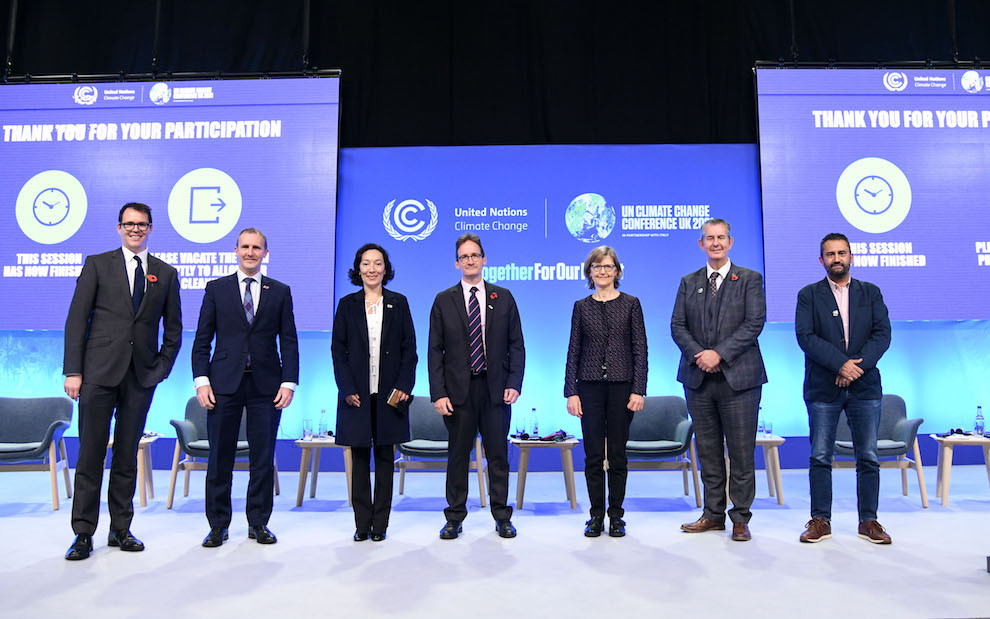 Minister Poots said, “With the focus of COP26 often on world leaders and the main signatory party countries, it can be easy to overlook the crucial role of states and regions who are not signatory parties in their own right. However, we all have a part to play when it comes to tackling climate change. To achieve success we must work together – across national, regional, and local governments. I pushed for Northern Ireland to join the Under2 Coalition for this reason, as it opens up a network of states and regions where we can share information and learning representing 260 Governments, 1.75 Billion people and 50% of the global economy.”

At the event, regional government representatives offered an overview of key achievements and reflected on the challenges they face.

The Minster continued, “As COP comes to a close, it was positive to have the opportunity to share the stage with my fellow Devolved Administration Ministers from Scotland and Wales and to be joined by international colleagues from the Australia, Mexico and Brazil to hear about their experiences.

“I was delighted to represent Northern Ireland and to share our experiences. Tackling climate change is a key priority for my Department and the Northern Ireland Executive. To drive forward action to tackle climate change across the Executive in line with the commitment in ‘New Decade, New Approach’ my Department is leading on the development of a cross-cutting multi-decade Green Growth strategy on behalf of the entire Northern Ireland Executive. The Green Growth Strategy sets out the long-term vision and a solid framework for tackling the climate crisis, helping us meet our targets, and feed into the UK’s goal of achieving net zero by 2050.”

Concluding, Minister Poots said, “Northern Ireland is already a leader in renewable electricity, achieving 45% of electricity consumption from renewables. We have also had considerable success in diversion of waste from landfill, and the associated emissions, with recycling rates in Northern Ireland now exceeding 50%. There is also exciting work underway to develop our budding hydrogen industry with companies like Wrightbus pioneering hydrogen fuel technology.

“My own Department is also leading on a number of key initiatives to drive forward more action to tackle climate change including climate change legislation, future agricultural policy, soil nutrient health scheme, food strategy, Forests for Our Future, a Peatlands Strategy and the Environment Strategy. All of which will help in the collective efforts to reduce carbon emissions and ensure that we have a more resilient environment.”