South Antrim MLA Trevor Clarke has said that police officers who protect the community deserve the highest levels of protection themselves. He was responding to a special report from the Policing Board on the use of force by the PSNI. 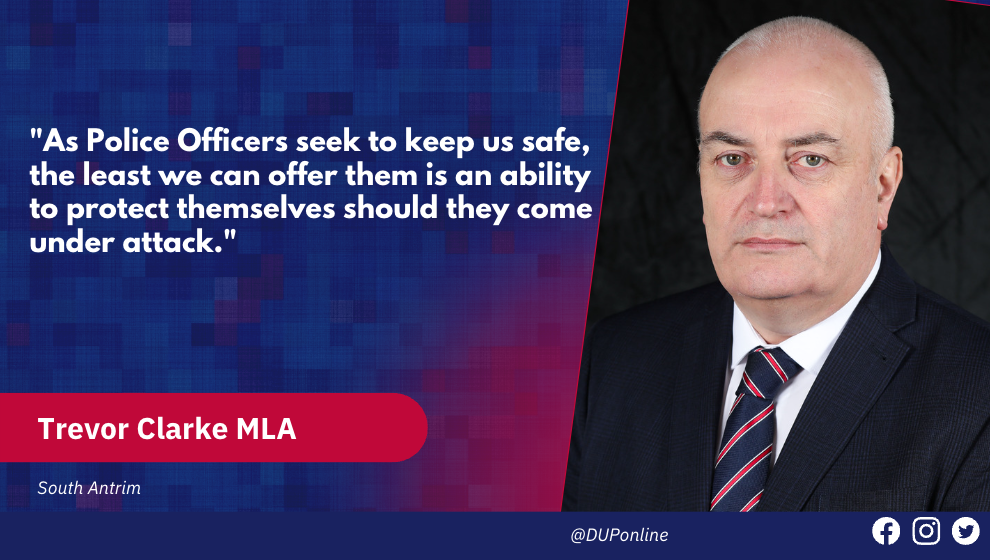 Mr Clarke, who is the DUP’s lead member on the Board raised concerns at the December meeting of the Board about any proposal to remove firearms from officers.

Commenting on the report the DUP MLA said, “Police officers in Northern Ireland not only face the rigours of a difficult and demanding job, but do so under a level of threat to their personal safety not experienced anywhere else in the United Kingdom. As they seek to keep us safe, the least we can offer them is an ability to protect themselves should they come under attack.

The use of firearms by officers here is very tightly controlled, requiring a report even if a weapon is drawn but not fired. However, those firearms provide not just protection but also provide a deterrent to anyone who might attack police officers.

This must be something that is dictated only by the conditions facing officers and a realistic assessment of the threat they face. It shouldn’t be taken forward as some kind of PR exercise or wishful thinking about the environment we all hope can be achieved in the future. At the turn of the year dissident republicans restated their intentions to carry out acts of violence, and we witnessed direct attacks on officers just before Christmas. Those terrorists are seeking to emulate the kind of violence we faced over many years here and until that threat has been removed then officers deserve protection against it.

At this time, there could be no member of the Policing Board who cares about the welfare and safety of our officers who could advocate a reduction in officers security.”