The DUP’s East Londonderry MP Gregory Campbell has rejected the findings of a Lucid Talk poll where almost 70% of nationalists surveyed said they agreed with Michelle O’Neill that the PIRA had no alternative to violence. 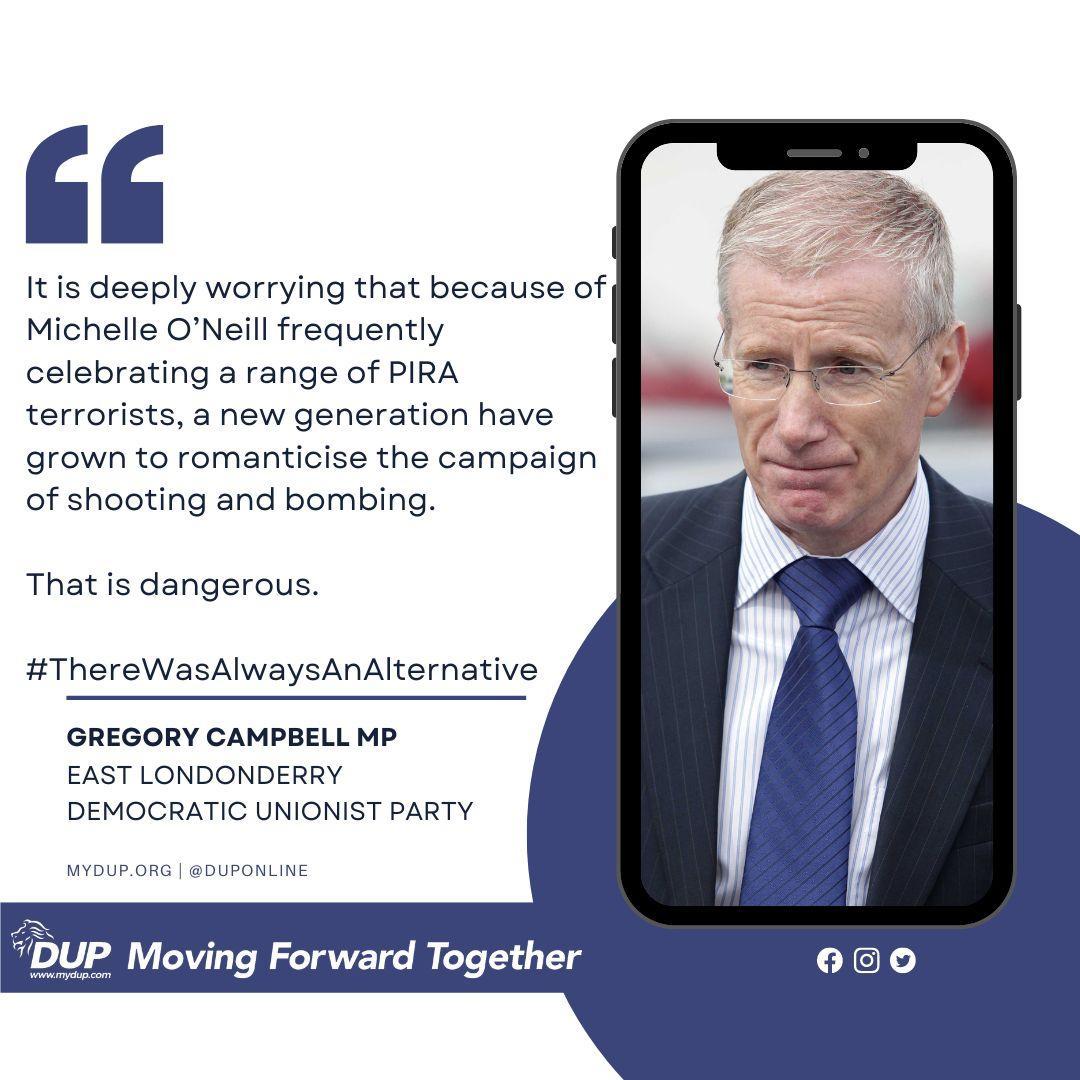 I grew up in the same city as Martin McGuinness at the same time. My house was no better than his. I had similar employment struggles as my protestant and catholic neighbours. I did not resort to guns and bombs. Neither did many of my catholic and protestant neighbours.

The killing of innocent men, women and children, whatever the cause, can never be justified. I don’t believe that 70% of nationalists would defend the PIRA. How could anyone in their right mind defend the so-called disappeared such as Jean McConville, or the Claudy bomb in my constituency, or the Teebane massacre, the La Mon firebomb, the Enniskillen bomb or the attempt to murder Nigel and Diane Dodds in the RVH children’s hospital.

It is deeply worrying that because of Michelle O’Neill’s leadership where she frequently celebrates a range of PIRA terrorists, a new generation have grown to romanticise the campaign of shooting and bombing. That is dangerous. This generation needs to know that there is no justification for any paramilitaries or their campaign of murder in any circumstance.”