DUP MLA Paula Bradley has challenged the Communities Minister to fulfil a promise made in September that she would deliver the long-awaited sub-regional stadia funding programme for local football clubs "in the short time ahead". She also questioned whether the Deirdre Hargey's delay was linked to her Party's failure to deliver the redevelopment of Casement Park. 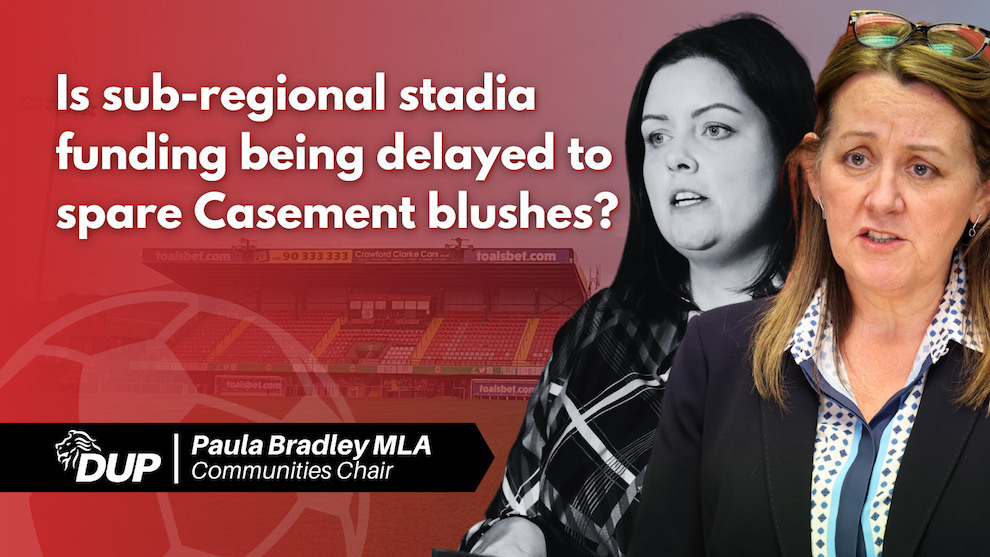 "In September the Communities Minister talked about delivering the sub-regional stadia funding package "in the short time ahead". As we now look towards Christmas there has still been no movement on yet another issue from the Minister.

Delays and indecision is not uncommon with this Minister given her record on the JobStart programme which was held up for months for no apparent reason. One of the few decisions she appears to have been able to take was to cancel the National Citizen Service programme in Northern Ireland.

People will ask whether the Minister is holding back on this funding so not to further highlight her Party's shambolic handling of the Casement Park redevelopment. Casement Park is a casualty of Sinn Fein but other sports grounds should not be hampered because of this.