North Antrim MP Ian Paisley has stressed the importance of the agri-food industry to the Northern Ireland economy. His comments come after he met with the Chancellor of the Exchequer and representatives of the Ulster Farmers Union and NFU in Westminster. 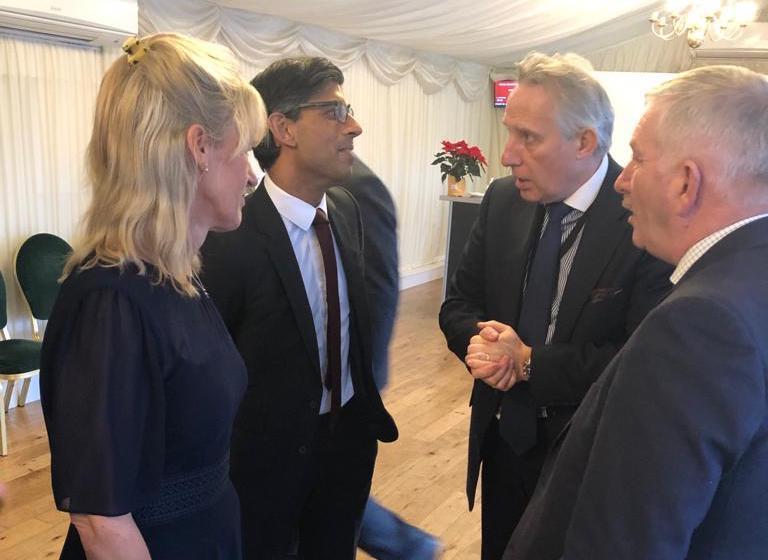 The DUP MP said, "The last few years have reinforced the importance of our agri-food industry to both our food security and economy. With both local and national farming representatives, we were able to stress this importance to the Chancellor in London.

Last year, Northern Ireland's agri-food sales increased to over £5billion and the Great Britain market is of prime importance as not just our largest market, but was the fastest growing in recent years.

Agriculture is proportionately more significant in Northern Ireland than any other part of the UK, both in terms of economic contribution and the employment which this industry sustains. Our local industry feeds a significant proportion of the overall UK population with our output feeding the equivalent of 10 million people. This significance underscores why, although many direct responsibilities lie with the Northern Ireland Executive, there remains a key role for Westminster to support, sustain and promote the agri-food sector.

Alongside my colleagues in Parliament I will continue to be a strong voice for Northern Ireland's agri-food sector. With over 10,000 local jobs sustained by the sector it has shown not just resilience, but the ability to grow whilst other sectors have sadly contracted."