Online anonymity must be tackled: Lockhart

Upper Bann MP Carla Lockhart has said that online anonymity remains the core issue to be tackled at the heart of social media abuse. She was speaking ahead of the Online Safety Bill being debated once again in the House of Commons. 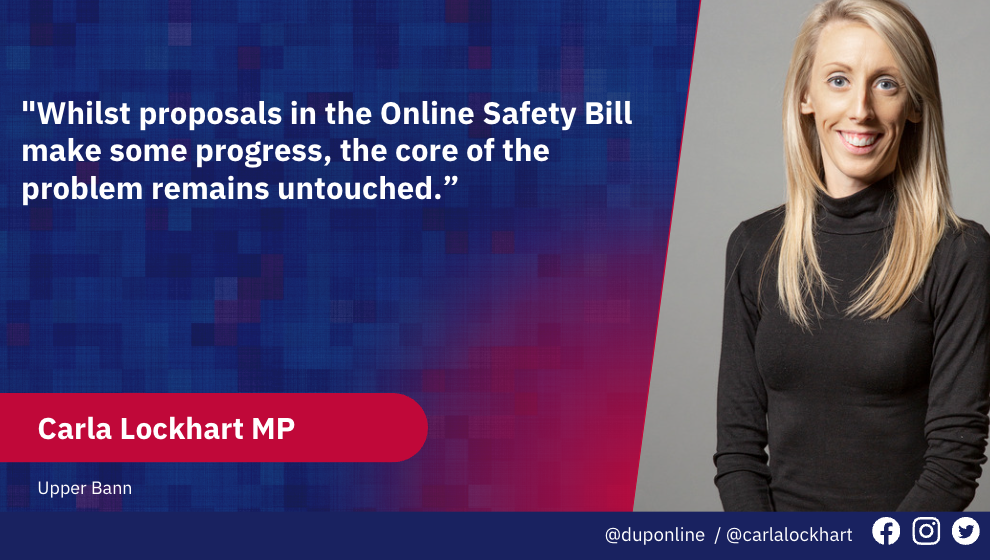 The DUP MP said, “This Bill has been through a huge amount of scrutiny and has undergone significant amendment since it was first brought forward. The core issue of online anonymity however remains outstanding.

The Government’s decision to remove the proposed offence of harmful communications. This is not to say such behaviour doesn’t exist or that we should do nothing about it. However, it is difficult to tackle behaviour and content which is deemed harmful but not criminal. One way this area, and others could be addressed and improved however would be by looking at the issue of online anonymity and identity verification of those opening accounts.

If the identity behind an account was known to the platform then taking action against harmful content obviously becomes easier and more direct. People who have been repeatedly targeted by trolling and other abuse deserve to know that it is being taken seriously. Whilst proposals in the Online Safety Bill make some progress, the core of the problem remains untouched.”