DUP South Down MLA Diane Forsythe has said Infrastructure Minister John O’Dowd must get a grip of the MoT backlog.

Ms Forsythe was speaking after she received a reply from the DVA which failed to outline a realistic plan to address the fiasco of trying to get an MoT. 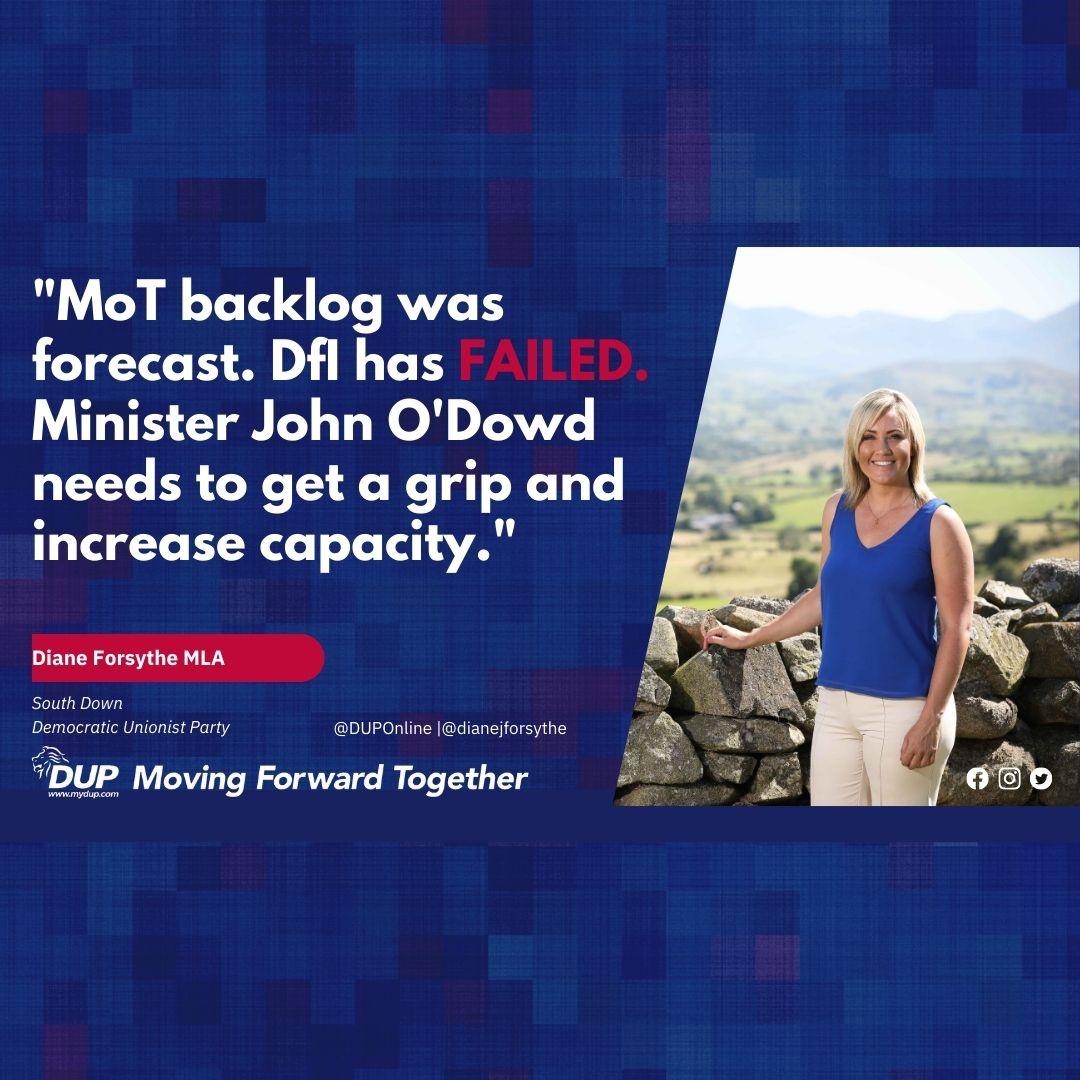 My Party colleague Keith Buchanan sat on the Infrastructure Committee and forecast the covid backlogs two years ago. At that time, we asked for capacity to be temporarily increased to deal with the predicted demand.

If we moved from 70k tests per month to less than half that per month, basic mathematics would forecast a spike in demand is coming. Capacity should have been built up to deal with the covid backlog.

The Minister needs to answer why the corrective measures were not put in place and why temporary measures failed to deal with the covid backlogs?

The whole situation looks like an uncoordinated shambles that both the current and former Minister should be ashamed of and embarrassed by. This is impacting on real people and has a real impact on motorists' ability to tax their car so they can travel to and from their employment.”