O’Dowd needs to restore transparency on A6

DUP East Londonderry MP Gregory Campbell has called on the DfI Minister John O’Dowd to give clarity about the timeline and any disputes impacting the A6 Londonderry to Dungiven dual carriageway. 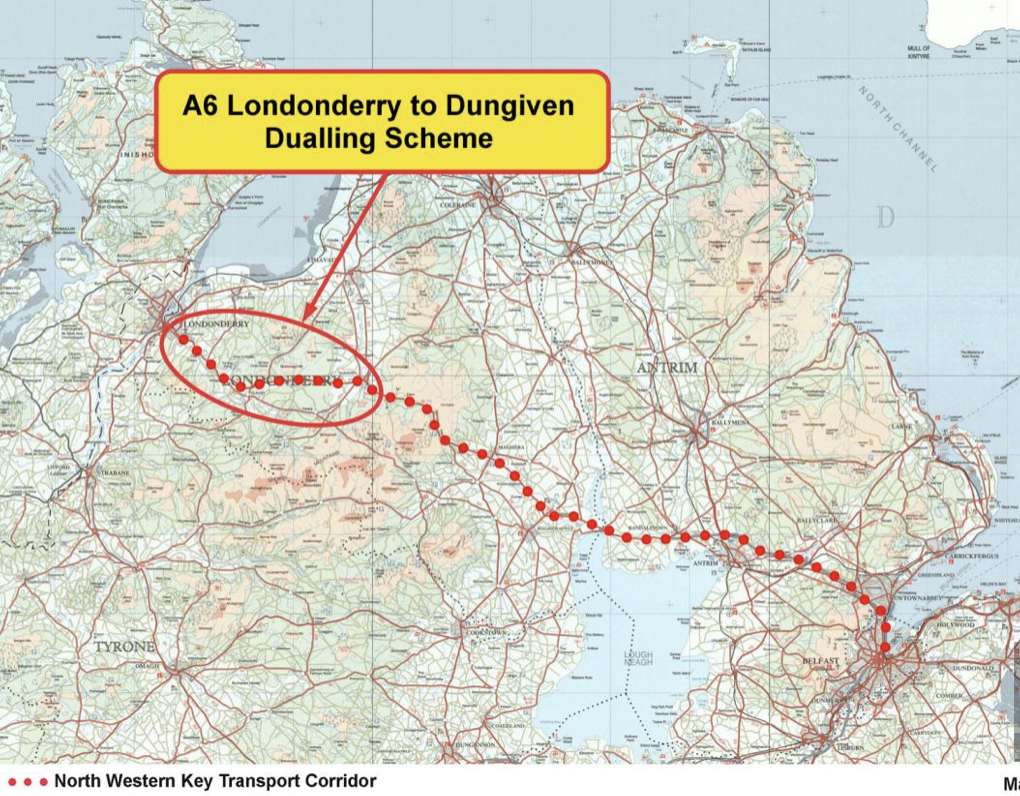 “This is a £220m project which has been dogged with works delays and Ministerial indecision. Road users in my constituency have become accustomed to the road layout changing and being in a constant state of temporary surfaces with 40 mph speed limits, no overtaking and single lanes only.

When the project is eventually completed, it will have a positive impact for anyone travelling the main road between Belfast and Londonderry but the ongoing delays need a clear completion date from the Minister.

I have asked in writing if there are disputes causing the delays and have attempted to use Freedom of Information legislation to establish the factual position but there has been a complete absence of transparency from the Department.

The taxpayer is footing the bill for this project, the least they expect is to be kept informed about its slow progress and any impediments with a clear timeline for being completed.”