Edwin Poots MLA, Minister for Agriculture, Environment and Rural Affairs, says Northern Ireland joining the Under2 Coalition and signing up to the new Memorandum of Understanding is a significant step in the region’s climate change journey and will help to drive forward climate action. 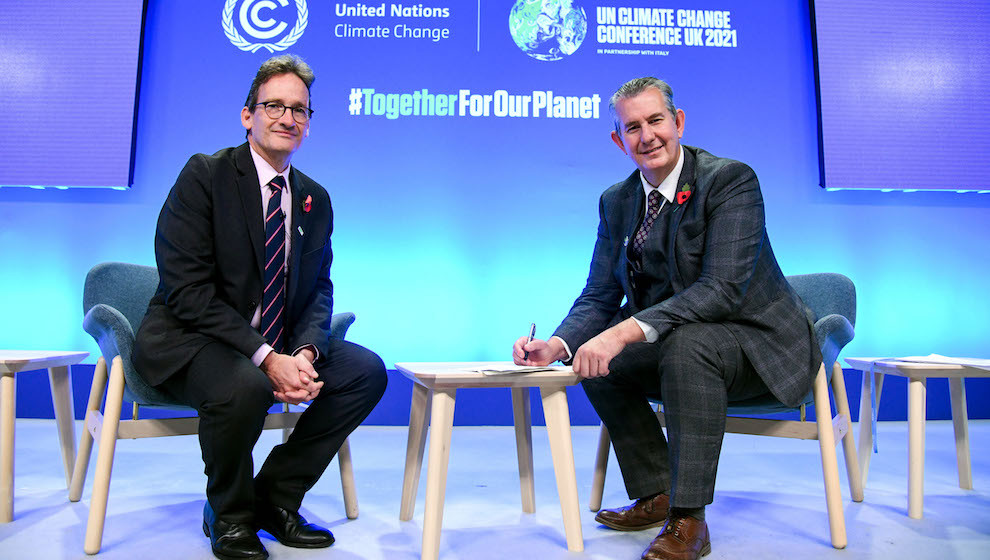 The Minister made the comments following his participation in an event at COP26 highlighting regional climate action.

Minister Poots said: “The Under2 Coalition is a global community of states and regional governments committed to ambitious climate action in line with the Paris Agreement. Joining provides regions like Northern Ireland, who are not signatory parties to the Paris Agreement in their own right, the opportunity to show their commitment and ambition for tackling climate change. Earlier this year I wrote to my Executive colleagues to seek their agreement for Northern Ireland to join and all responses received were positive.”

The Under2 Coalition currently brings together 260 governments, represents 1.75 billion people and 50% of the global economy. Governments signed up to Under2 can access technical support and resources to assist in developing long-term emissions reduction plans.

The Minister continued: “Tackling climate change is a key priority for my Department and the Northern Ireland Executive and we are driving forward action to ensure that Northern Ireland, as part of the UK, leads by example on the global stage to deliver towards the Paris Agreement goals.

“To do this, my Department has led on the development of a cross-cutting multi-decade Green Growth strategy on behalf of the entire Northern Ireland Executive which my Department recently launched for public consultation. The Green Growth Strategy sets out the long-term vision and a solid framework for tackling the climate crisis, helping us meet our targets, and feed into the UK’s goal of achieving net zero by 2050.

Minister Poots concluded: “Within my own Department, the ongoing work on the climate change bill, future agricultural policy, food strategy, soil nutrient health scheme, Forests for Our Future, the environment strategy and on the waste side - moving towards a more circular economy, will help in the collective efforts to reduce carbon emissions.

“I look forward to Northern Ireland being able to collaborate with other regions around the world to both listen to their experiences and to share ours. I believe the network will provide a valuable information exchange opportunity to allow us to work together to tackle climate change.”