As new rules pertaining to the use of red diesel take effect from today, DUP Upper Bann MP Carla Lockhart has said the Government will come to regret the decision as the economic impact of the decision becomes clear. 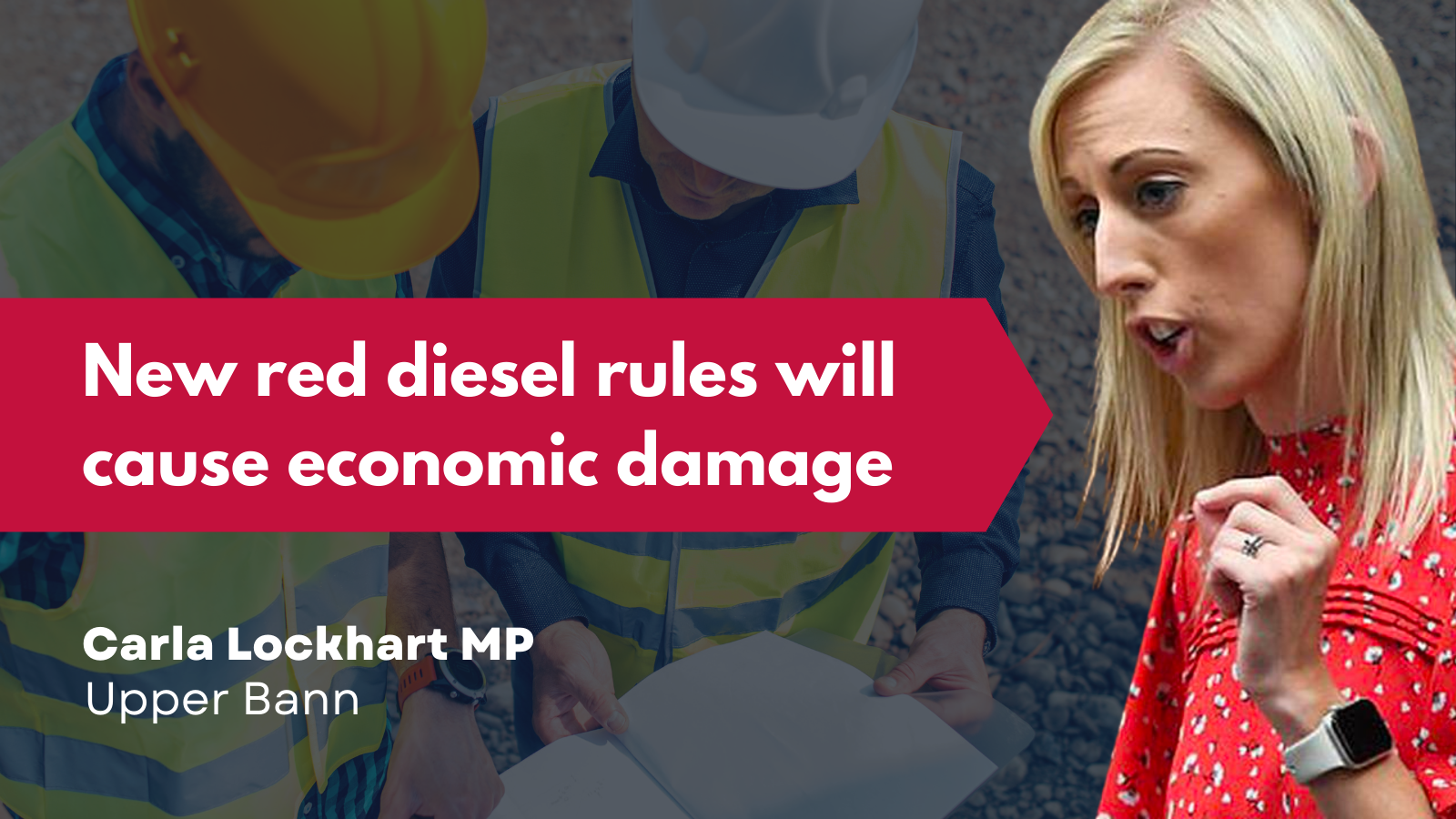 Mrs. Lockhart, who led calls in Parliament for the Government to reconsider the proposals, said the feedback from the construction and waste management industries was clear that the change would result in damage to their businesses, and increased cost to consumers and the public purse.

“Until we raised this issue in Parliament it had received little to no attention amongst MPs or in the media, with many unaware or disinterested in the economic and practical difficulties this proposal would have on UK industry. Over recent months we have galvanised opposition to the move, bringing industry and MPs together to reinforce the impact this move will have.

This decision will drive up the cost of construction, with an increase in house prices inevitable making it harder to take that first step on the housing ladder. Furthermore, it will make the construction of new hospitals, new schools, and new roads more expensive to the public purse. For our waste management sector, recycling will become more expensive and that is likely to be channelled back to local councils and the ratepayer. In practical terms, it leaves the small construction firms that share machinery with a farm business in an impossible situation, resulting in a forced switch to the more expensive white diesel for all machines.

To my amazement Government remained tone deaf to these concerns. This Government talks about the important role infrastructure plays in our economic recovery, yet it takes a retrograde step in hampering the construction industry at a time when it already faces unprecedented increases in costs.

As firms adapt to these new rules, the first fuel bills will show the increased price pressures this will place on industry. Firms are fearing for their future, and we will soon see that this move will just be too much for some to bare.”