Agriculture Minister Edwin Poots has updated his Assembly colleagues regarding the current Avian Influenza outbreak across the United Kingdom and the Republic of Ireland. 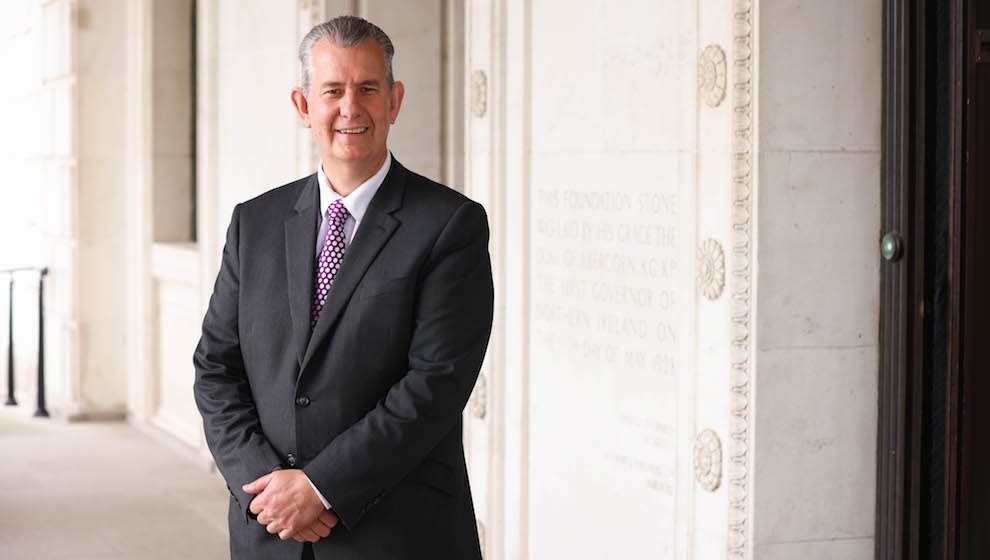 Speaking today, Minister Poots said: “As of today, 48 cases of Highly Pathogenic Avian Influenza (HPAI) H5N1 have been confirmed across Great Britain since the first case was confirmed in England on 26 October 2021. The type or premises infected range from ‘backyard’ flocks to significant commercial premises in excess of over 100,000 birds.

“There are two confirmed cases, and two suspected cases, of HPAI H5N1 in Northern Ireland. The location of these outbreaks are as follows; one in Aughnacloy, County Tyrone, one in Broughshane, County Antrim, one near Armagh, County Armagh and the fourth case outside Coagh, County Tyrone.

“This is now the largest ever outbreak of Avian Influenza across these islands with, 52 cases across the United Kingdom (GB and NI) and five cases in the ROI.”

Speaking about the prevalence of HPAI H5N1 in the wild bird population, the Minister said: “Furthermore, as of today, my Department has confirmed cases of HPAI H5N1 in 10 wild birds across Northern Ireland. These have been at The Water Works Belfast, West Belfast Lough, Monlough Lake, Hillsborough and the Loughshore Portadown.

“As a result of the wild bird HPAI H5N1 findings in Northern Ireland, it is clear that the native wild bird population has been affected by the strain being carried here by migratory birds. Evidence is strong that HPAI is now widespread in the environment. As a result, my Department does not currently need to test wild birds for surveillance purposes, and therefore my officials have taken the decision this week to cease all collection of wild birds with immediate effect.

“My Department’s primary function is the control of avian influenza in poultry flocks and is not involved in control of the disease in wild species.”

The Minster then urged all flock keepers to play their part in combatting the disease: “I am calling on all poultry keepers, backyard or commercial, that today you must assess your current biosecurity measures and re-double your efforts to keep this disease out of your flocks.

“You cannot afford to be complacent, you must act now! It is of paramount importance, that the utmost, stringent biosecurity measures are adopted on your premises and that all poultry, including their food and water is kept separate from wild birds.

“My Department has biosecurity advice and guidance, including a biosecurity checklist available on the avian influenza webpage of the DAERA website. This is available for anyone to download and can be accessed on a laptop, tablet and smartphone.

“I urge every bird keeper in Northern Ireland to consider this checklist regularly and assure themselves they can tick every box. If even one box remains unticked there is a gap in your biosecurity and this virus will find those gaps with devastating consequences.

“Be assured that my Department will continue to prioritise all possible actions to deal with this incursion and progress as quickly as possible to eradication in order to protect our industry and rural communities. However, it is imperative that we all play our part and take action now to ensure the highest biosecurity possible, that birds are housed and that we all remain vigilant to this terrible disease.”