Speaking in Westminster on a debate to mark ‘Back British Farming Day’, DUP DEFRA Spokesperson Carla Lockhart MP has said the Government must protect standards in trade deals, and address the difficulties posed by the Protocol and labour shortages in the processing sector. 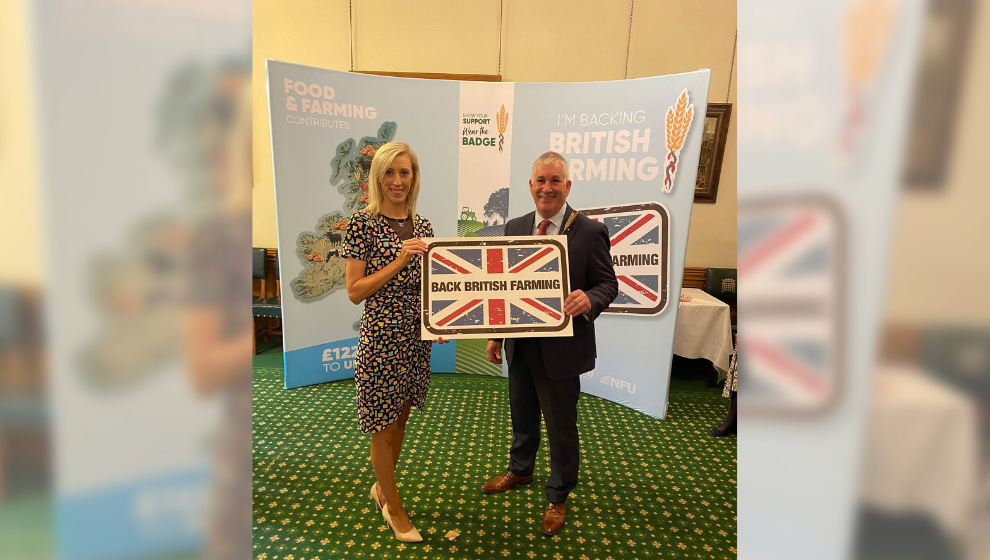 “I have the privilege of representing a constituency that has a large number of farming families and many agri-food processing facilities. Together they work to bring world leading produce from farm to fork– safe and traceable, with the very best welfare and environmental standards. They also sustain thousands of jobs, providing households incomes that in many cases have been established through generations of farming families.

It is this tradition, and this economic lifeblood in our rural communities, that must be supported for future growth. And yet on this Back British Farming Day, these farmers and processors face the threat that arises from the pursuance of Free Trade Deals that do not offer the protections needed or demanded by our farming community.

It has been a matter of deep concern to me, and one shared by colleagues across the House, that the Government in securing Agreement with Australia showed no regard for protecting the world leading standards we demand of our farmers. The same fears exist around negotiations with New Zealand. Rather than make equivalence on food, welfare and environmental standards a prerequisite to agreement, no such protections for either producers or consumers are being sought or secured. It makes the Government claims to ‘Back British Farming’ rather hollow.

We need the Government to step up and let their support for British farming be evidenced in action, as their words – as we know in Northern Ireland - count for little. The Northern Ireland Protocol must be addressed, in a way that restores our place within the UK internal market. No barriers should exist for potato producers who wish to bring seed into Northern Ireland from Scotland. The hiatus on approvals for plant protection products threatens local growers. In that regard, the clock is ticking louder and louder, and time is running out fast.

Finally, our processors of these fantastic British farm products need labourers to maximise output, and also to transport it. We need a fix to the labour shortages and I would urge the Government to adopt flexibility in terms of short terms visas to help alleviate this labour shortage crisis. “