Upper Bann MP Carla Lockhart has said the Census 2021 findings on languages evidences the need for greater equality in the use of public funds in supporting the promotion and development of Ulster-Scots and Irish language. 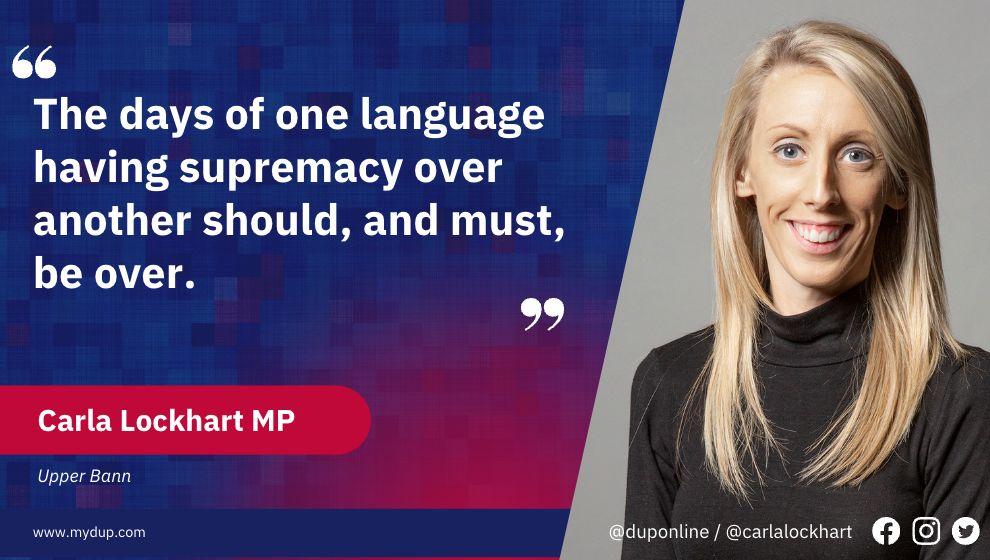 At a meeting of the Northern Ireland Affairs Committee, the DUP representative challenged the Equality Commission to look at current disparity in funding.

These figures show that the use of these languages is broadly similar, yet we continue to see a complete disparity in funding of both languages.

Currently, it is a conservative estimate to say that for every £1 spent on Ulster-Scots, at least £10 is spent on Irish. Moreover, the Government announced on 25 May of this year that they were awarding An Ciste Infheistiochta Gaeilge £4m to develop Irish language infrastructure. In light of the census findings in terms of ability in both Irish and Ulster Scots, it begs the question how anyone would consider such an award for one language offers equality of opportunity without a reciprocal funding award to Ulster-Scots?

I made these points to the Chief Executive of the Equality Commission for Northern Ireland during the Northern Ireland Affairs Committee, and I welcome her commitment to take this issue back to the Commission and make an initial assessment of the equality implications. This is a welcome step.

The Census provides evidence that Ulster-Scots and Irish are broadly similar in terms of ability. This being the case, it time for broadly similar levels of Government support, not least the preferential treatment being offered to one group to the tune of £4m.

The days of one language having supremacy over another should, and must, be over.”