Democratic Unionist MLA Keith Buchanan has called on all those who represent the Mid Ulster Constituency to take a strong stand against the kind of sectarian hatred which led to the arson attack on Ballynougher Orange Hall. 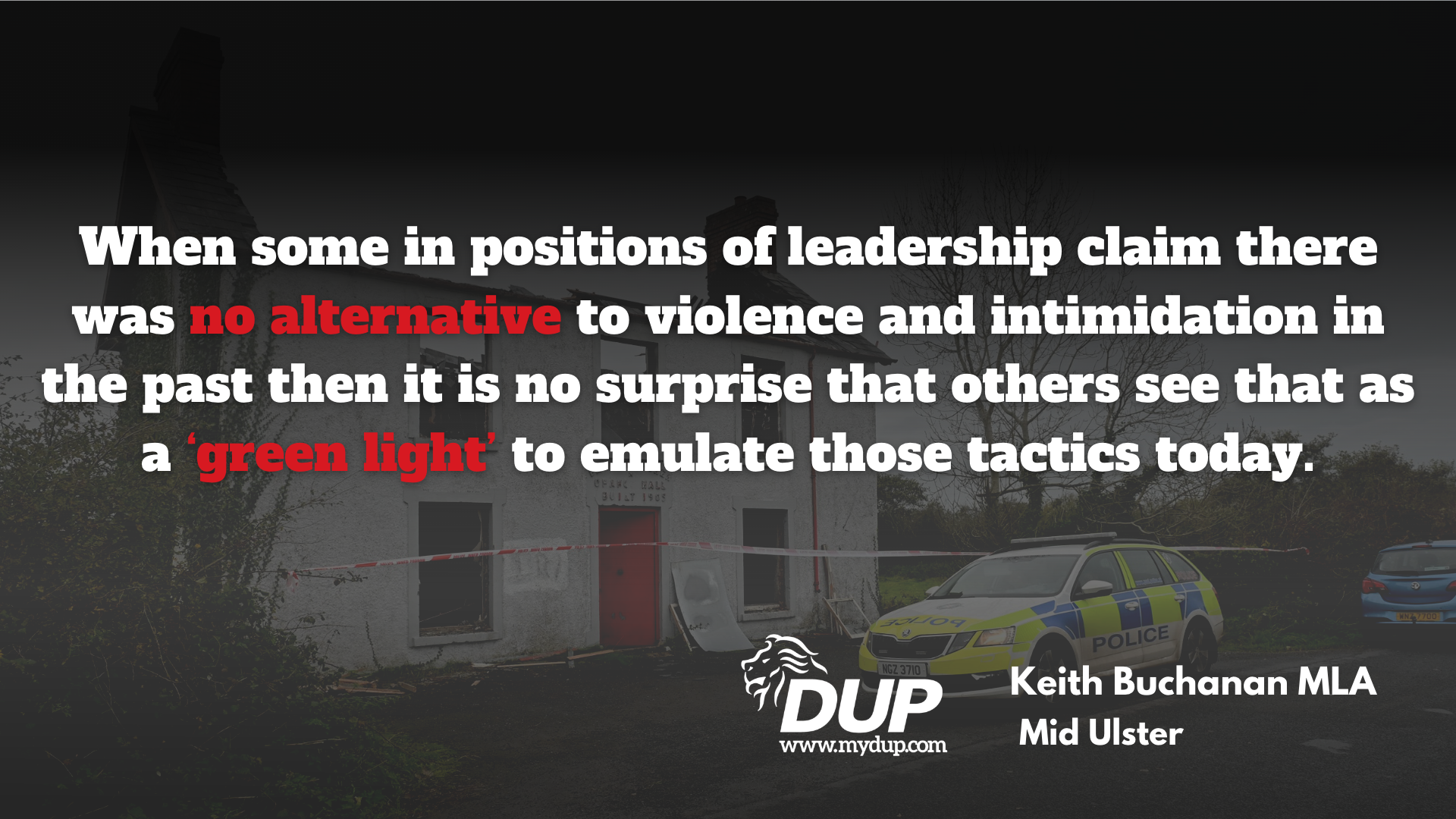 The Mid Ulster MLA said, “The individual or individuals responsible for this crime are those who forced their way into the hall and deliberately set out to destroy it. It was a sectarian hate-crime perpetrated against their neighbours and they deserve to face the full weight of the law for it.

Such intolerance however can be fed by an atmosphere of hostility and there needs to be strong leadership to counter it. When there is a failure to take a clear stand against sectarian chants that glorify the IRA it fuels a toxic atmosphere. When there are calls to exclude unionism from political decision-making or to impose joint authority on Northern Ireland it only serves to increase the political temperature. When some in positions of leadership claim there was no alternative to violence and intimidation in the past then it is no surprise that others see that as a ‘green light’ to emulate those tactics today.

I would call on all those who represent the Mid Ulster Constituency to take a clear public stand against this attack on Ballynougher Orange Hall and on the kind of sectarianism we have seen all too often in recent months. The weekend’s attack is not the first Orange Hall to be damaged in recent weeks and many will feel that it is not a coincidence that such attacks increase when there has been an absence of leadership within republicanism.”