DUP Leader Jeffrey Donaldson has said Conor Murphy let the cat out of the bag on Good Morning Ulster today. Sinn Fein’s focus is on ignoring DUP voters and sleepwalking the other parties into Sinn Fein’s divisive border poll plans. 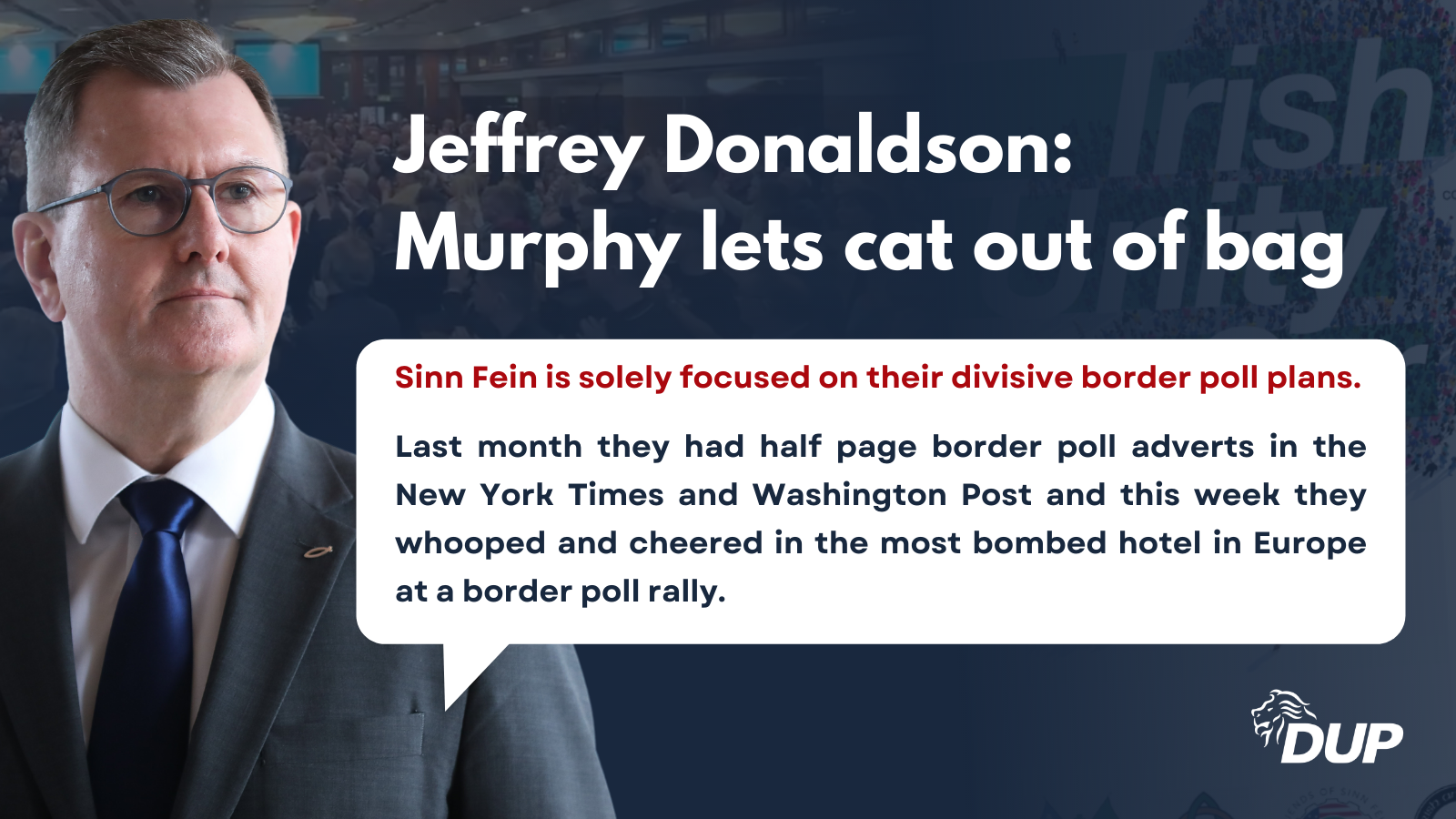 “This election is the most critical election in my lifetime. I have a Five Point Plan for Northern Ireland which focuses on what matters. Fixing our NHS, growing the economy, keeping our schools world-class, removing the Protocol and helping working families. I am focused on Moving Forward Together. Unionists and nationalists. I want a fair deal.

Meanwhile Sinn Fein is solely focused on their divisive border poll plans. Last month they had half page border poll adverts in the New York Times and Washington Post and this week they whooped and cheered in the most bombed hotel in Europe at a border poll rally.


This morning Conor Murphy, let the cat out of the bag. He argued that Sinn Fein only wants parties in the Northern Ireland Executive that they agree with. So much for powersharing. So much for respect.


Over the last five years, time and time again, whether with our Royal Family or the Northern Ireland centenary, Sinn Fein demonstrated their intolerance for anything with a hint of Britishness. They were terrified of rose bushes, centenary stones and cross community services.


Conor Murphy reaffirmed their narrowness this morning. The DUP meanwhile has a Five Point Plan for Northern Ireland which can fix our NHS, grow our economy, keep our schools world class, remove the Protocol and help working families.


Whilst SF denigrate people who vote DUP and want Northern Ireland to work, I will work to ensure unionism speaks as one and moves forward together. Only by unionists working together can Sinn Fein’s border poll plans be derailed.”