Ireland's Future attendees must face up to what they campaigned for 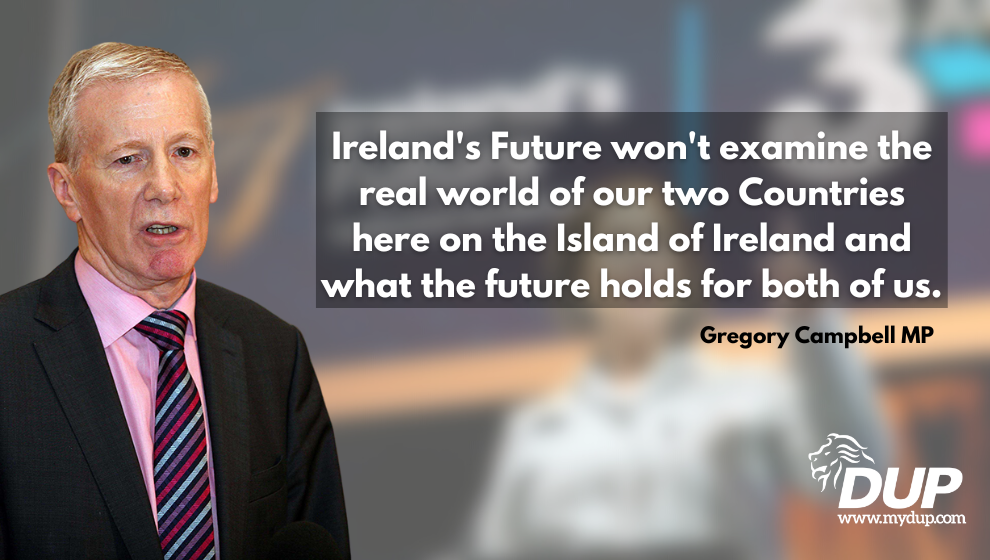 "The misnamed 'Ireland's future' event held in Dublin is yet another exercise in navel gazing by many of the usual suspects who will no doubt be salivating and ruminating over Northern Ireland's census figures. What the wider public can be sure of is that they won't examine the real world of our two Countries here on the Island of Ireland and what the future holds for both of us.

The reason any Unionist Utopia could not materialise in the 1970's or 80's when Total Integration within the UK was being mooted as devolution looked a lost cause was not because there wouldn't have been a majority for it, there would have been. It was because whatever degree of democratic legitimacy UK total integration might have been given at the ballot box it couldn't and wouldn't have worked because are large sections of Northern Ireland society where it would not have been supported or even given acquiescence. In hundreds of irish republican estates, villages and towns there would have been outright opposition and more. Until the reality of that outcome and the words 'Total Integration within the UK' and Irish Republican' are replaced with 'United or Agreed Ireland' and 'Unionist' sinks into the minds of those attending this event they are wasting their time.

Many of the politicos attending demanded an end to majority rule in Northern Ireland for many years, that has arrived as the Census has proven and the future for Northern Ireland demands consensus and agreement, the ultimate irony is many of them campaigned for that ending of majority rule, and they now must face up to what it means here in the real world."