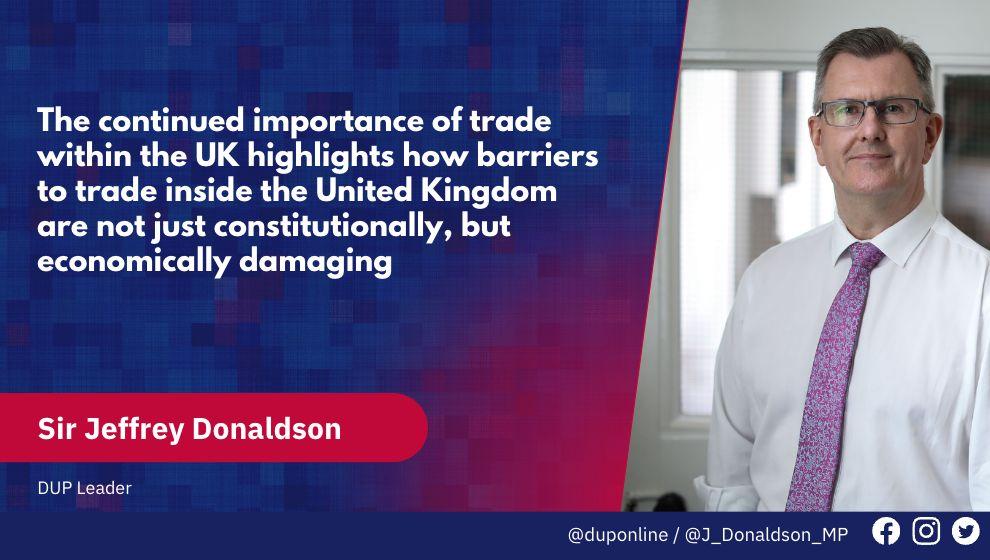 He was speaking after raising the issue at Northern Ireland Questions in the House of Commons today.

Sir Jeffrey said, “The latest figures continue to demonstrate the vital importance of trade with the rest of the United Kingdom to the Northern Ireland economy. Those who will attempt to use the figures to tell us the Protocol is working conveniently ignore the fact that not only has the Protocol not been fully implemented yet, but that current trade is propped up to the sum of around half a million pounds per day through the Trader Support Service.

Were these vital protections removed then we know that businesses here have said it would have a devastating impact, including the halting of vital supply chains within 48 hours.

Where goods are destined for the European Union, then the EU will apply their regulations, but businesses in any event will know the requirement to meet standards applied for the destination of any goods.

The restoration of the UK internal market must be a priority for this government.”