DUP North Antrim MP Ian Paisley has said the Prime Minister’s decision to pause the NI Protocol Bill’s progression is more related to internal Conservative Party politics than the chances of getting a fair, balanced and sustainable agreement in Brussels. 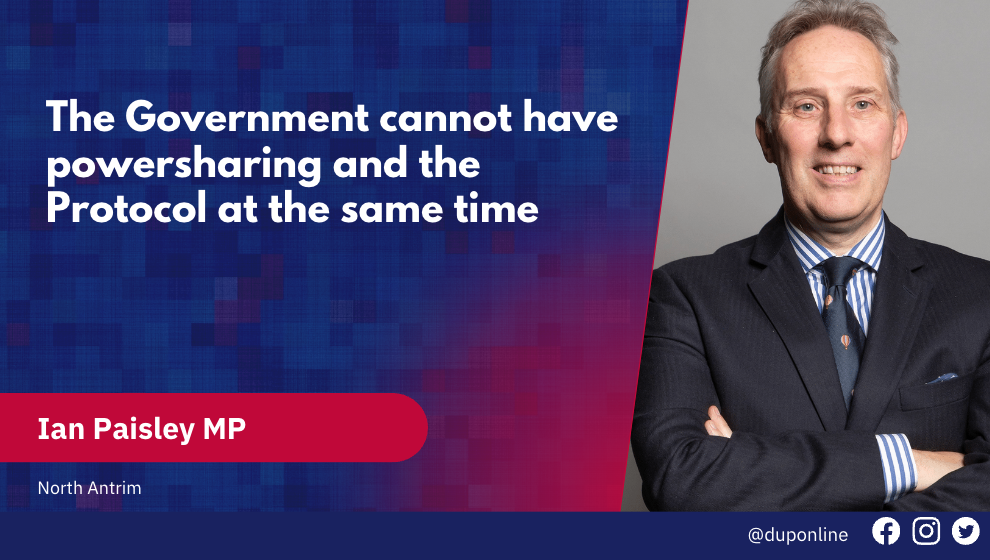 “The Protocol must be replaced by arrangements that Unionists can support. Whether that is achieved by the Protocol Bill or by negotiation is a matter for the Government however until the concerns of unionists are addressed, there will be no solid basis for functioning devolved government.

The Government cannot have powersharing and the Protocol at the same time. We tried to change the Protocol whilst operating Stormont but Brussels refused to even recognise our concerns.

The reported decision to stall the Protocol Bill may be spun as “giving talks a chance” but I suspect it is more to do with Conservative Party politics and wrecking amendments in the Lords.

Those who seek to derail and delay the Protocol Bill must realise that they are delaying devolution. Indeed, derailing the Bill significantly weakens the UK negotiating position.

The Government must face up to the fact that only decisive action on its part will work for unionism.”