Informants are the unsung heroes of peace process - Clarke

South Antrim MLA Trevor Clarke has praised the role of the Security Services and the paid informants for their often untold story of undermining terrorism in Northern Ireland.

Mr Clarke was commenting after the Belfast Telegraph revealed that the PSNI is paying almost £1000 per to informants. 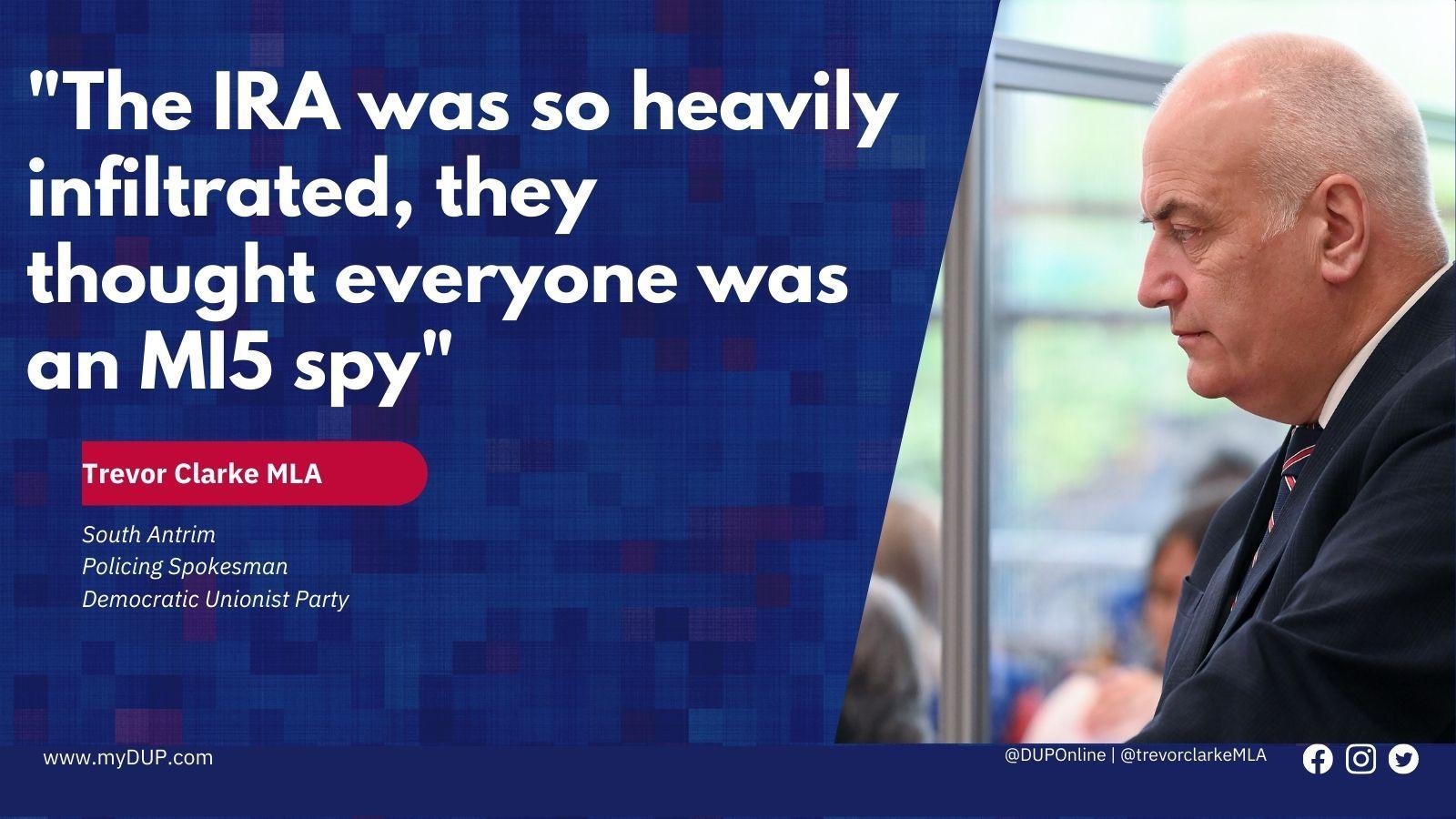 “It is a sad reflection of our society in 2022 that one thousand pounds per day needs to be spent on covert human intelligence sources but it is a price worth paying to keep everyone in Northern Ireland safe from terrorism and criminal gangs.

The intelligence teams who worked so doggedly during the 70s, 80s and 90s are often criticised for how agents were handled yet it was their success that neutered the terrorist organisations. They are often the unsung heroes of the peace process.

The PIRA was infiltrated to such an extent that they were suspicious of each other and could not function indeed even within republican circles today people at the top of Sinn Fein have rumours about their relationship with the security services. Ultimately the security services were crucial in defeating terrorism from our streets.

Even in recent the undermining of dissident republicans has been intelligence led which again demonstrates the price is worth paying. One cannot put a price on one life saved.”