Upper Bann DUP MP Carla Lockhart has called on the Government to explore the merit in creating a Fuel Pricing Watchdog, following a report from the RAC that expressed concern that wholesale fuel price reductions were not being passed on to motorists at the pump. The DUP representative has tabled an Early Day Motion in the House of Commons to highlight the issue and calling for the Government to act. 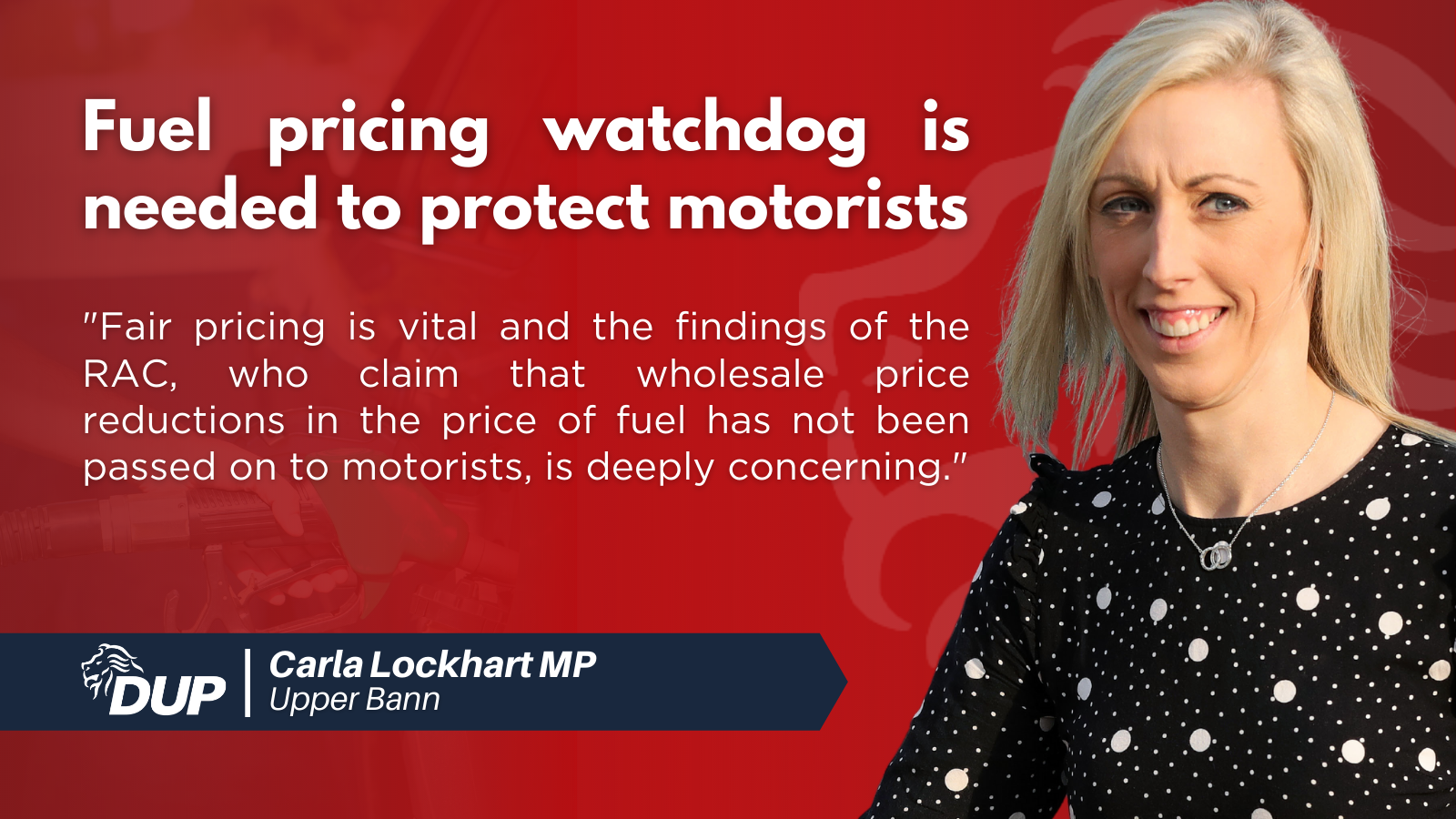 “The high price of fuelling a car is a huge challenge for many households across Northern Ireland. In what is a society that still relies heavily on the car due to lack of public transport options, and in many rural settings, this cost is totally unavoidable. The steep rise in the price of petrol and diesel over the last twelve months has placed huge pressure on households’ budgets, that are already stretched with the rise in other living costs.

Fair pricing is therefore vital and the findings of the RAC, who claim that wholesale price reductions in the price of fuel has not been passed on to motorists, is deeply concerning. The RAC believe in December alone this resulted in motorists overpaying a staggering £5m at the pump. That is wrong and cannot be allowed to continue.

Across a range of other fuel markets some form of regulation exists and if this practice is happening within the petrol industry then the Government must act. Thus far it would seem Government action to address this is falling short, and therefore some form of Independent Pricing Watchdog should be explored.

Motorists know and understand that overall fuel prices are at high levels, but what they will not stand for is any suggestion they are being ripped off when they fill the car or van. We need to ensure that peace of mind is there and I urge the Government to take the steps necessary to ensure a transparent and fair pricing system is in place.”

Text of Early Day motion is as follows:

That this House recognises the challenging impact of high fuel costs on households and business across the UK; notes the comments of the RAC and their belief that petrol retailers of ripping off motorists by refusing to pass on wholesale price cuts: expresses concern at the RAC findings that this has resulted in motorists being overcharged by £5m a day in December as retailers made an average of 16p a litre on petrol instead of the normal 6p; and calls on the Government to explore the creation of an independent pricing watchdog to protect motorists from overcharging at the pump.