The DUP’s Armed Forces and Veterans’ Champions have called on the Leader of the SDLP to withdraw his shameful slur that the army was “sent to murder” civilians in Northern Ireland. 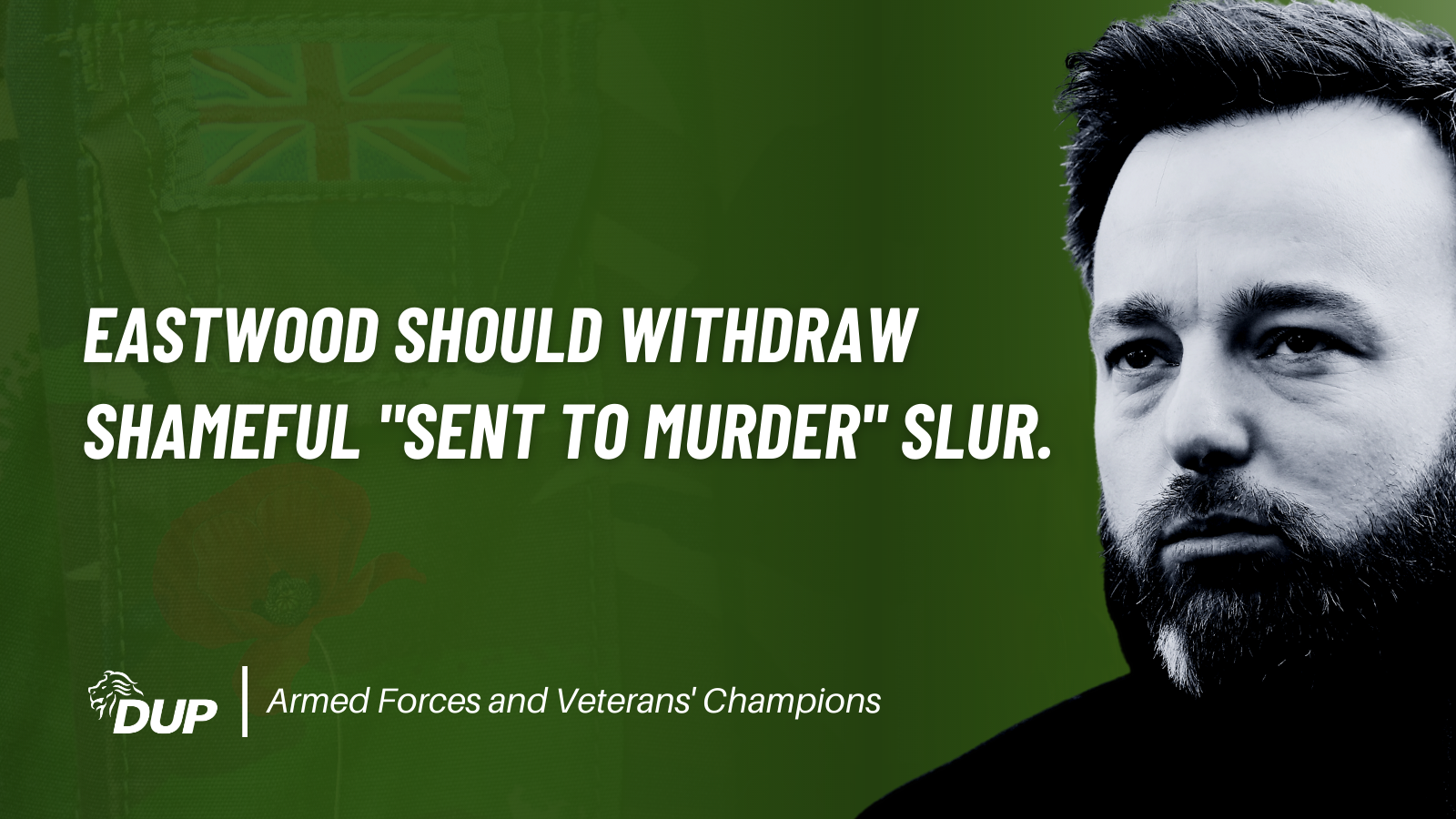 The group which represents the interests of veterans and their families across Northern Ireland said Mr Eastwood’s attempts to rewrite history would make even Sinn Fein blush.

In a joint statement they said.

“Mr Eastwood’s scurrilous accusation that the army was “sent to murder” civilians in Northern Ireland is nothing more than a shameful attempt to rewrite history.

As the SDLP Leader knows, the army was deployed onto the streets of Northern Ireland to protect the civilian population of this country from a sectarian and indiscriminate terrorist campaign waged by republicans.

Countless lives were saved as a result of the bravery and sacrifice of these men and women who stood on the frontline.

Many of these courageous soldiers and their families still bear the scars of their sacrifice and sadly, many of them are no longer with us.

For a political leader to insult the memory of those who died protecting the civilian population of Northern Ireland is beneath contempt.

His claims are without foundation and he has been unable to produce a shred of evidence to justify his outrageous claims.

Mr Eastwood must withdraw this shameful slur, his attempt to rewrite history would make even Sinn Fein blush.”