North Down Councillor Carl McClean has announced his decision to join the Democratic Unionist Party. 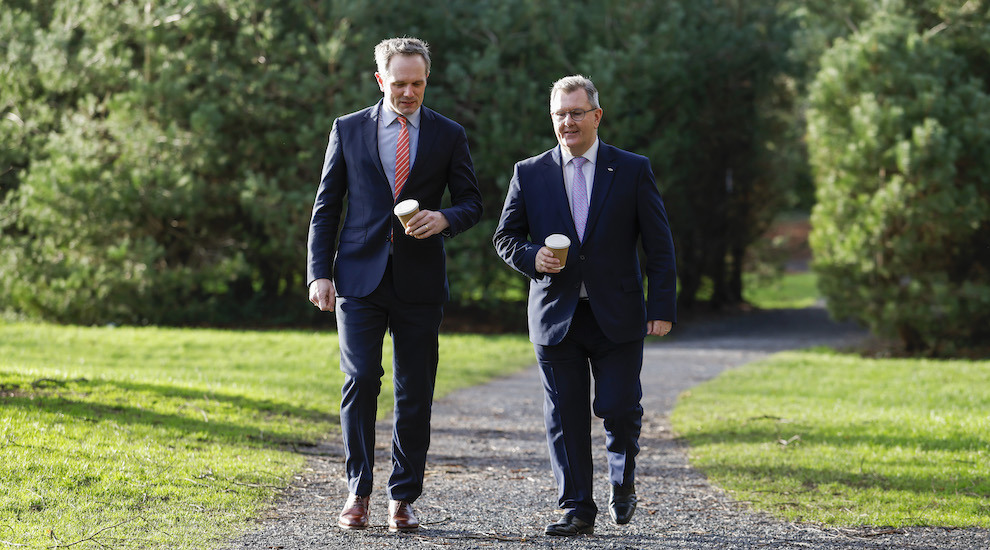 Welcoming Carl, Sir Jeffrey Donaldson said, “Carl is a positive and articulate unionist representative, and I am delighted that he has joined the DUP. I want to build a stronger and more cohesive unionism, and there is a warm welcome within the party for anyone who wants to build a better Northern Ireland within the United Kingdom. We have welcomed many new members, both those who have previously been members of other parties and those taking their first step into political activity.

The challenges we face currently have placed a renewed focus on the importance of our place within the United Kingdom and I would encourage others to follow the lead of Carl and many others.”

Cllr McClean said, “I have worked closely with DUP colleagues over the years on Council and am delighted to have joined the Party.

My desire is to see Northern Ireland’s place within the United Kingdom promoted and strengthened. The case for the Union is overwhelming and support for the Union remains consistently strong, but we must strive to ensure the broadest possible support is realised. It was this desire which has always driven my political activity and the Democratic Unionist Party is the vehicle which can best achieve this.

I would like to thank Sir Jeffrey, and members of the party at all levels for the warm welcome I have received. It was a pleasure to meet with Sir Jeffery recently and discuss our shared political values and positive vision for the future of Unionism. I look forward immensely to working under his leadership to promote positive Unionist messaging as a DUP representative"