The DUP’s representatives on the Justice Committee Mervyn Storey, Peter Weir and Robin Newton have welcomed the Final Stage of the Justice Sexual Offences and Trafficking Victims) Bill in the Assembly. 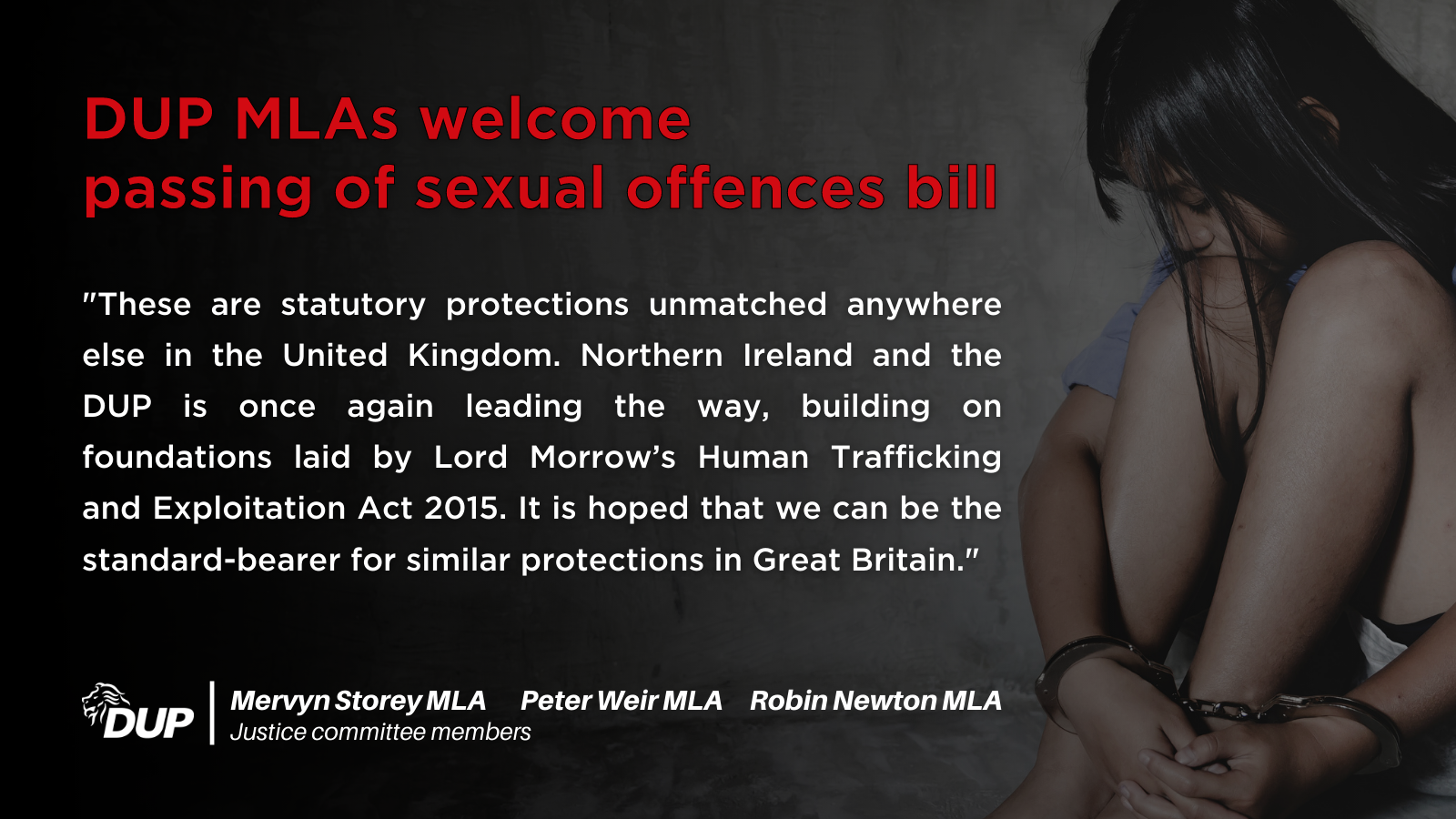 The Bill establishes a range of new sexual offences, including upskirting, downblousing, non-fatal strangulation and masquerading as children online. It will also place 12-months of support for confirmed victims of modern slavery on a statutory footing in Northern Ireland.

‘‘This legislation will play an integral role in promoting a safer society in Northern Ireland. As crime becomes more harmful and sophisticated, it is absolutely right that we prioritise the needs of the most vulnerable in our communities. The introduction of these new offences will ensure the criminal justice system is better equipped to deal with serious sexual crime, including the abhorrent targeting of children.

I am pleased that the Bill will provide an enhanced level of support for confirmed victims of modern slavery in Northern Ireland. By putting up to 12 months support for victims on a statutory footing, we will be empowering victims to become survivors and avoid the risk of re-trafficking. Critically, despite initial resistance by the Minister, the legislation will also ensure a safety net of further support beyond the 12 months where it is considered necessary. I want to pay special tribute to CARE NI who have relentlessly campaigned for this outcome and have been successful in securing widespread support for trafficking victims.

These are statutory protections unmatched anywhere else in the United Kingdom. Northern Ireland and the DUP is once again leading the way, building on foundations laid by Lord Morrow’s Human Trafficking and Exploitation Act 2015. It is hoped that we can be the standard-bearer for similar protections in Great Britain.’’