DUP Leader Sir Jeffrey Donaldson has welcomed the announcement that Niree McMorris has been confirmed as the Party’s new Waterside Councillor. 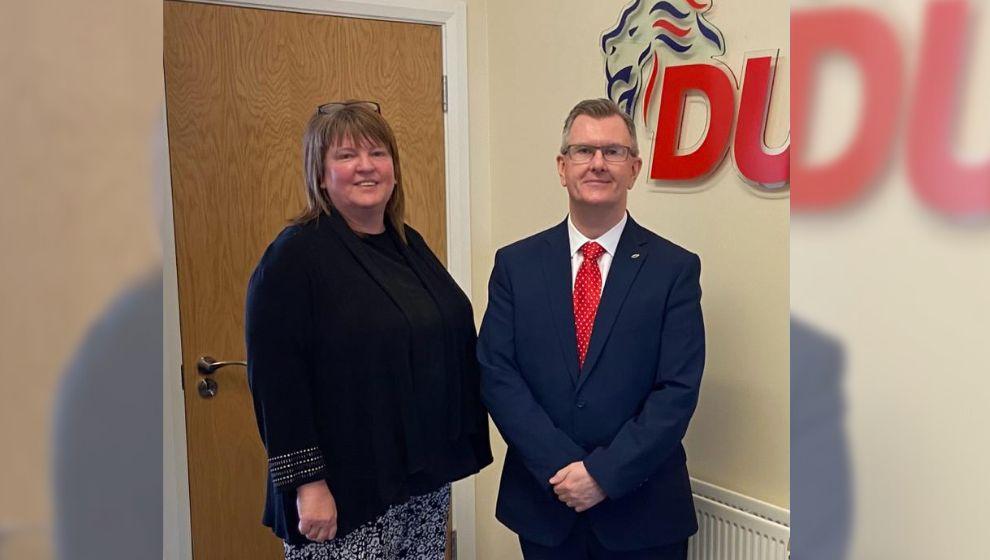 Sir Jeffrey said, “I am delighted that Niree has joined the DUP team in Londonderry and she will be a first-class representative for the people in the Waterside. Having worked alongside Gary Middleton MLA for many years she already has a great knowledge of issues affecting the entire city, and she has a very strong record within the local community.

She will be joining a strong DUP team in Londonderry who continue to ensure that the unionist voice is heard within the city.”

Cllr McMorris added, “It is a privilege to have been selected by the Party to represent the Waterside DEA. I will be a positive voice for the people of this area on Council.

I know the issues affecting our city and will work alongside my colleagues to continue delivering for the people of Londonderry.”