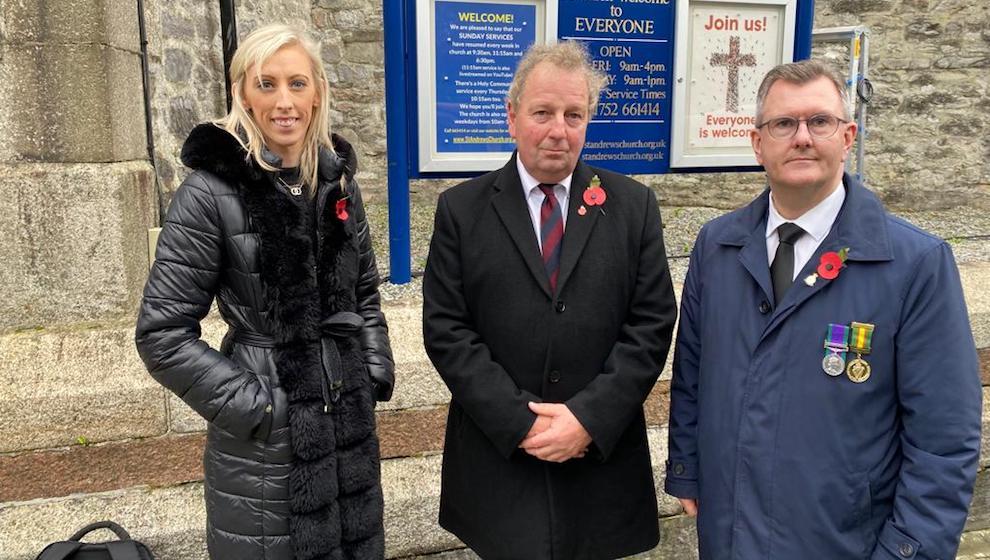 Speaking afterwards he said, "I shared a platform with Dennis on a number of occasions and colleagues joined him as he faced a trial despite his serious ill health. He passed away far from his family and friends, but today there was a very significant turnout of those paying tribute not just to a veteran, but to a father, grandfather and great-grandfather.

On Armistice Day we pause as a nation to remember those who paid the ultimate sacrifice. It is wrong too that veterans should face continual reinvestigation without evidence or justification.

The thoughts of many will also be with the Cunningham family today whose desire for justice remains unchanged. However, placing an infirm 80 year old veteran on trial without any compelling new evidence did nothing to advance either truth or justice."

Carla Lockhart said, “This is a very sad day. When I stood alongside Dennis little over a month ago he was in good form, despite the significant health issues and of course the charges he faced. His determination to see his name cleared of the erroneous charges brought against him, despite ill health, was inspiring. It was a testament to the character of the man.

My thoughts and prayers and with Dennis’s family, friends and colleagues as they say goodbye to him here in Plymouth today.”