The Democratic Unionist Party welcomes the news that Peter Weir is to become a Life Peer sitting in the House of Lords. The conferment of this peerage is rightful recognition of the significant contribution and public service given by Peter over a twenty-four year period as an MLA in the Northern Ireland Assembly. 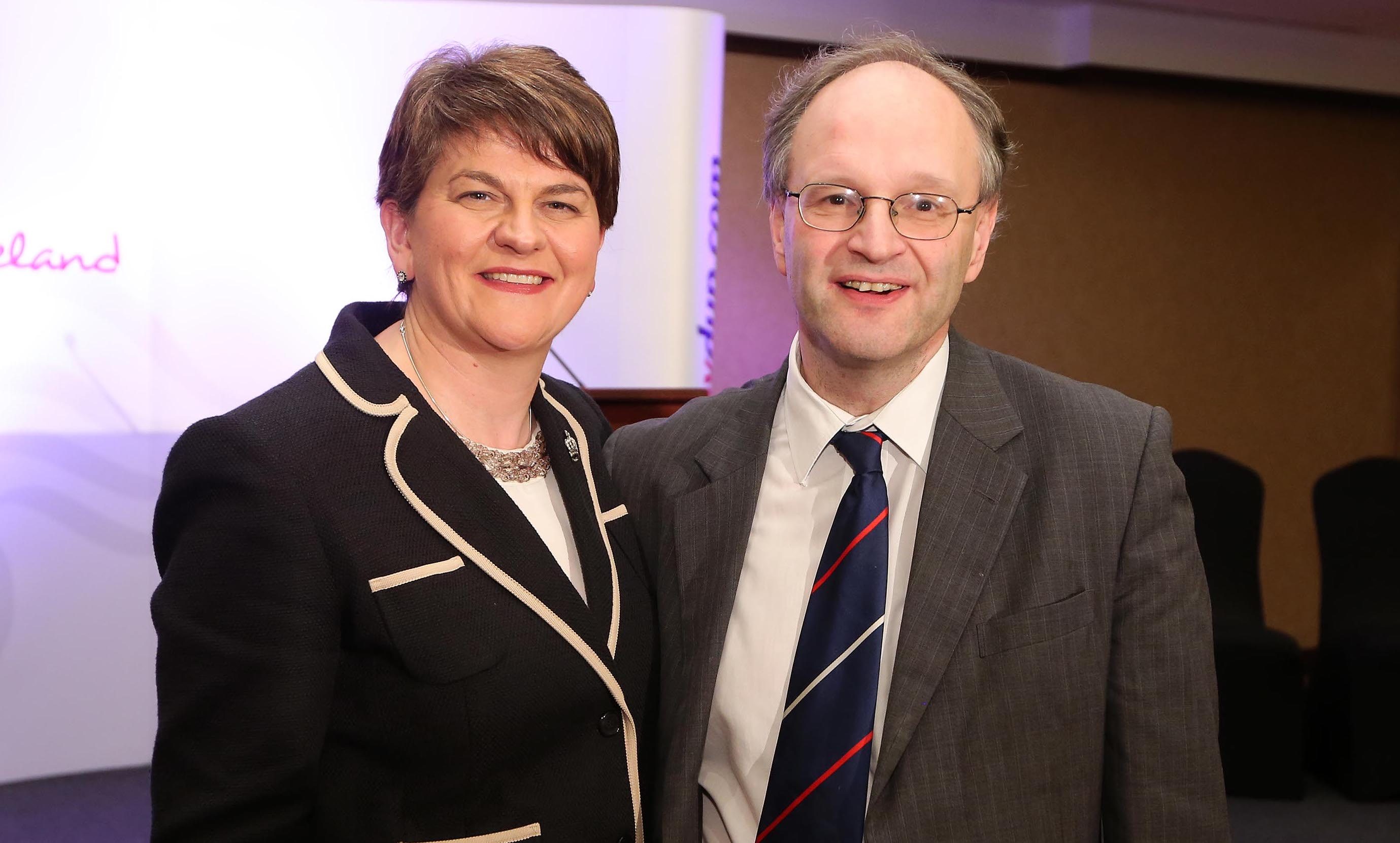 I am also delighted that our friend and former First Minister Rt Hon Dame Arlene Foster has been conferred a peerage and will sit in the Lords. Arlene will be a strong voice for Northern Ireland and this is rightful and worthy recognition for her contribution and service to Northern Ireland. We look forward to working closely with her in the time ahead.”

“I am very honoured and humbled to be appointed to the House of Lords as a nominee of the DUP. At Westminster, I will be operating as a full time working Peer, advocating on behalf of the people of Northern Ireland, and promoting the great cause of the Union.

Northern Ireland needs stability and prosperity, and alongside my colleagues at Westminster, the Assembly and local Councils, I will focus on delivering those twin objectives, particularly through the necessary removal of the Protocol, which acts as a barrier to good governance and the economic well-being of our people.”

I am very grateful to my many friends and colleagues who have supported and worked with me over many years and with the opening of this new chapter I am pleased to have the opportunity to serve the people of Northern Ireland in Parliament.”

Peter Weir BL was born in Newtownards in 1968, and grew up in Bangor, County Down where he still resides. He was educated at Ballyholme Primary School, Bangor Grammar and The Queen’s University of Belfast, graduating with joint honours in Law and Accountancy in 1991, with subsequent postgraduate qualifications of Certificate of Professional Legal Studies and a Masters (Mssc) in Irish Political Studies.

Peter joined the Democratic Unionist Party in 2002 and from 2010-2016 was Chief Whip of the DUP Assembly Group and the Party representative on the Assembly Business Committee and the Assembly Commission.

From 2005 to 2010 Peter was a member of the Northern Ireland Policing Board, becoming leader of the DUP Group on the Board. This was a critical period for policing in Northern Ireland with all parties committing to support policing structures and law and order in 2007, and the devolution of Policing and Justice in 2010.

As Education Minister Peter prioritised resources to increase funding for schools, and increased the number of Nurture Units - focusing on early intervention for vulnerable children, by 50 %. He implemented legislative changes to improve support for Special Educational Needs.

As part of a wider need to reform the education system in Northern Ireland Peter Weir established the terms of reference for and initiated the selection process for the Independent Review of Education, which is now established and conducting its work.