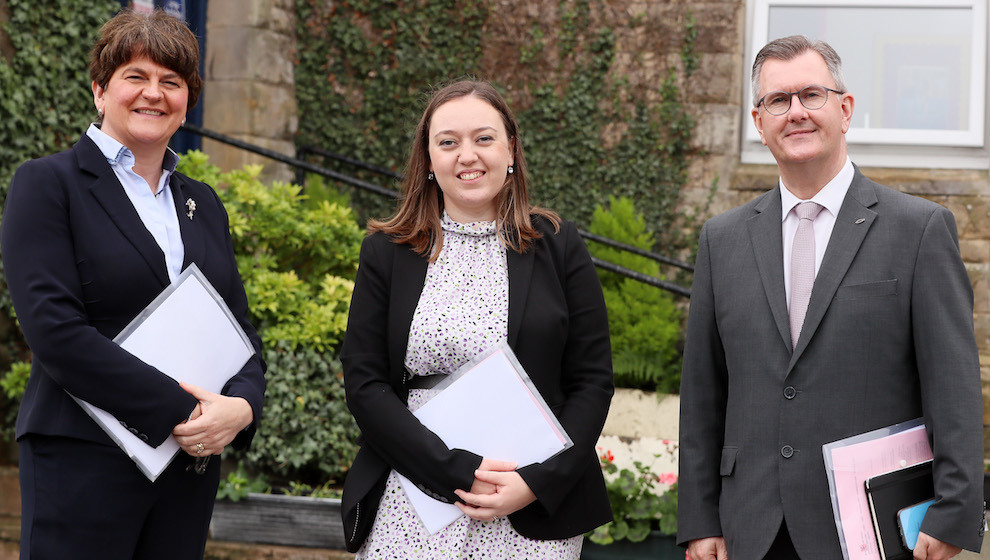 Sir Jeffrey Donaldson and Arlene Foster joined Deborah Erskine on her first day as an MLA on a visit to the Buddy Bear Trust in Dungannon.

"I am delighted that Deborah will be joining our Assembly team. As a local Councillor Deborah has already made a huge contribution to the community and she will bring a wealth of enthusiasm and experience to the Party at Stormont during a crucial time for Northern Ireland.

Deborah will be part of a DUP team that is focused on the immediate challenges brought to us by the Northern Ireland Protocol but which is determined to build for Northern Ireland's second century. As Arlene steps down as an Assembly Member I want to thank her not just for her service to Northern Ireland, but also for her friendship and support over many years and into the future."

I am following in the footsteps of someone who has been an exemplar public representative. Her dedication to Fermanagh & South Tyrone has been unstinting. I thank Arlene for her unwavering encouragement to me and I know that will continue. I will build upon the good work she has carried out over so many years.

My priorities will be getting people better access to hospital and GP treatment, speaking out about the challenges in schools and I will be a tireless campaigner for better roads and broadband infrastructure in the constituency.”

"It has been a privilege to serve the people of Fermanagh & South Tyrone for 18 years as their MLA. Whilst I am stepping down from the NI Assembly, I will continue to be a voice for the Union, for Northern Ireland and particularly for my home constituency.

I have worked with Deborah over many years and she will be an excellent representative in the NI Assembly. I will continue to support Deborah and the Party in Fermanagh & South Tyrone in any way possible in the future.