DUP South Down MLA Diane Forsythe has welcomed the news that more people in South Down are about to get access to fibre broadband for the first time. 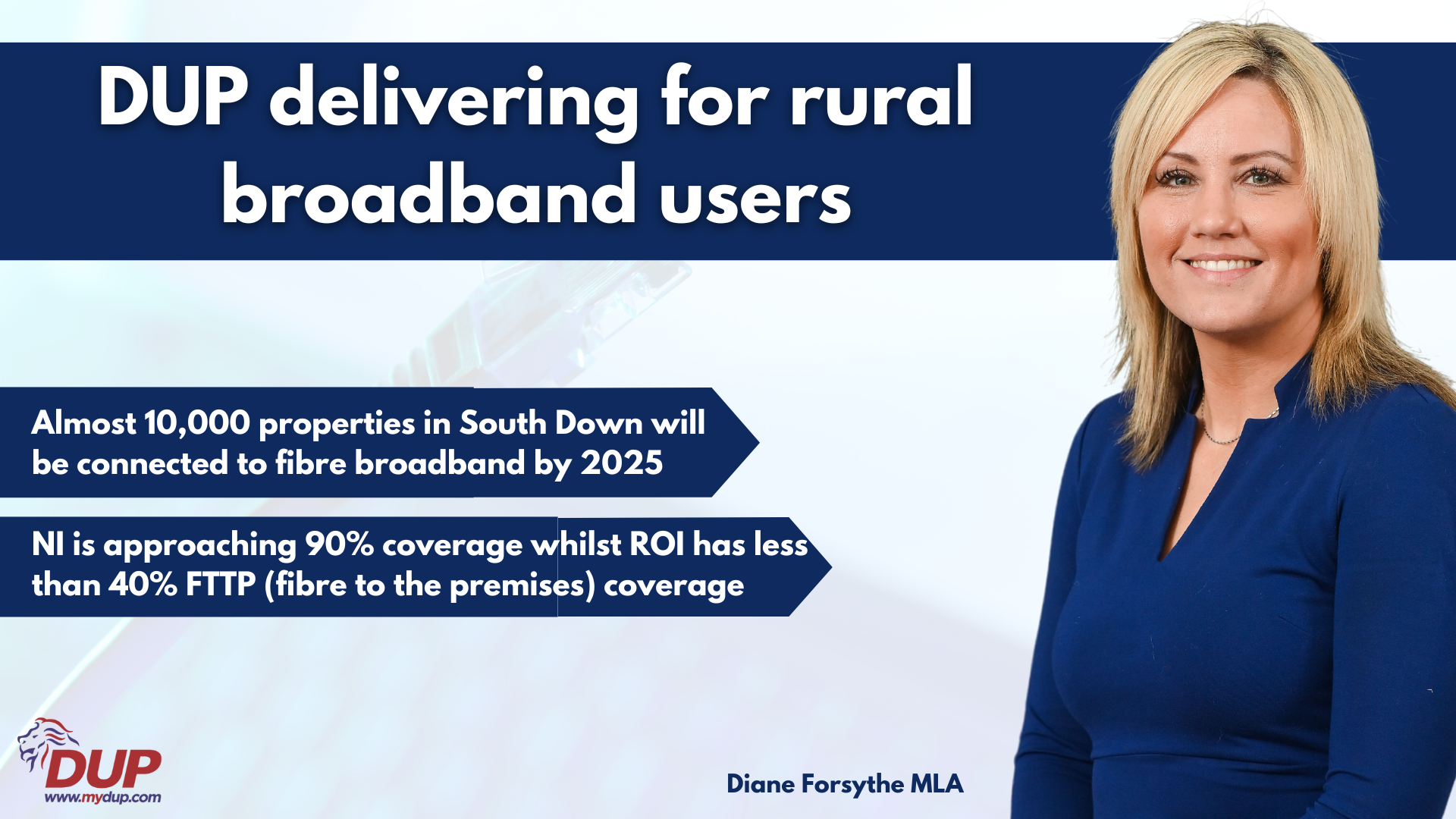 “The DUP developed the idea of making Northern Ireland 100% fibre to the premises in 2016 and secured the £150m funding to deliver it in 2017 through the Conservative and DUP Confidence and Supply Agreement.

The scheme rolling out the funding is called Project Stratum and is proving to be transformational for rural communities especially in South Down where almost 10,000 properties will be connected by 2025.

I am delighted that, as a result of DUP vision, Northern Ireland is already massively ahead of the rest of the British Isles in the availability of fibre broadband to each premises. We are already approaching 90% coverage whilst people just across the border in the Republic of Ireland have less than 40% FTTP (fibre to the premises) coverage.

Whilst for decades rural dwellers have had to pay for costly satellite or wireless services, as well as less reliable and slower 4G solutions, at long last homes are able to have a superfast connection.”