DUP Leader Sir Jeffrey Donaldson MP has urged the Prime Minister to use his visit to the United States to challenge the flawed narrative in Washington that the Protocol protects the Belfast Agreement. 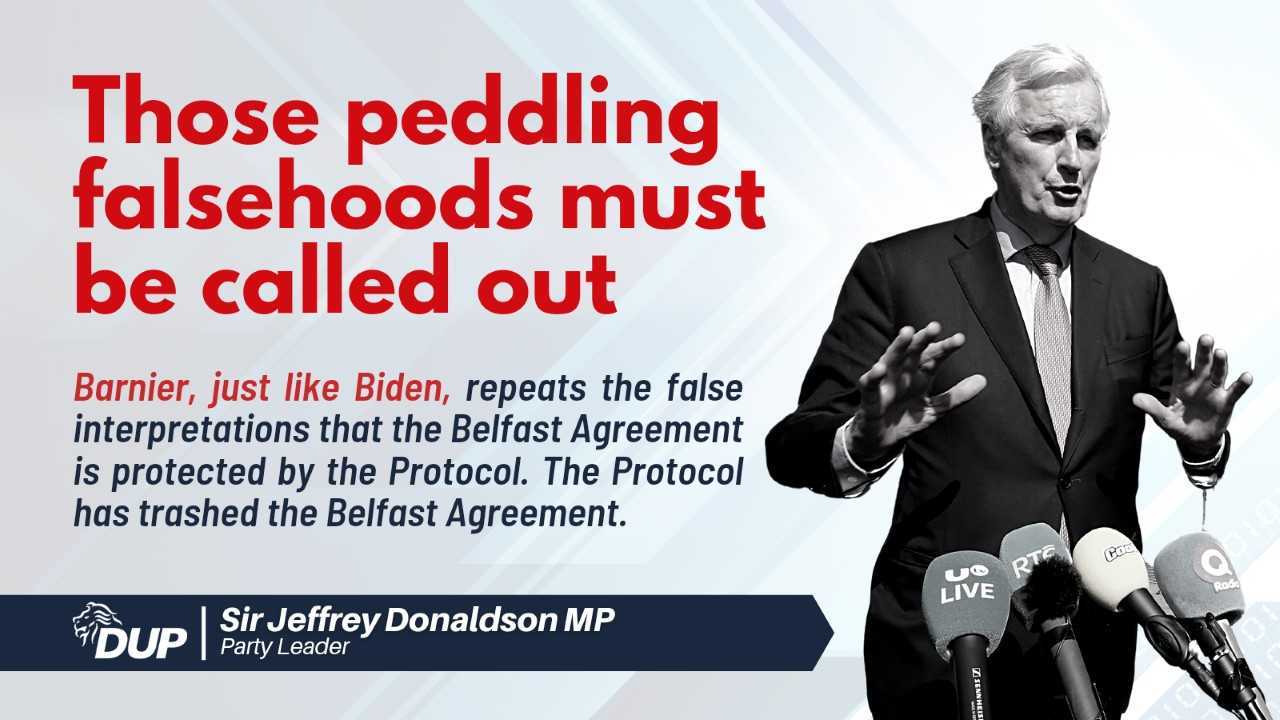 The Prime Minister needs to call out those with a flawed interpretation of the Belfast Agreement and the NI Protocol. Rather than cementing peace and stability, the Protocol is costing Northern Ireland £850m per year by placing a border in the Irish Sea between us and our main trading partner.

Whilst every unionist Party in the Northern Ireland Assembly is opposed to the Protocol, it is not just a unionist issue. Everyone uses our supermarkets and buys products from Amazon. Even our medicine supply has been placed in jeopardy. The idea that the EU can prevent people in Northern Ireland having equal access to vital medicines as is available in the rest of the UK, is utterly reprehensible and indefensible.

By citing the Belfast Agreement as the Protocol's justification, whether President Biden or Mr Barnier, they demonstrate the flawed approach on which this entire process has been based. The constitutional guarantee which has underpinned political progress in Northern Ireland has been fundamentally undermined by the Protocol. Furthermore the political institutions in Northern Ireland will be threatened by a failure to address this.

Solutions can be found which both respect Northern Ireland's place in the UK internal market and protect the EU Single Market. Achieving this will require less of the rhetoric and more meaningful action.”