DUP Leader Sir Jeffrey Donaldson has commended all those who made such efforts over the Twelfth celebrations in hosting and organising events and he also condemned all expressions of hate. 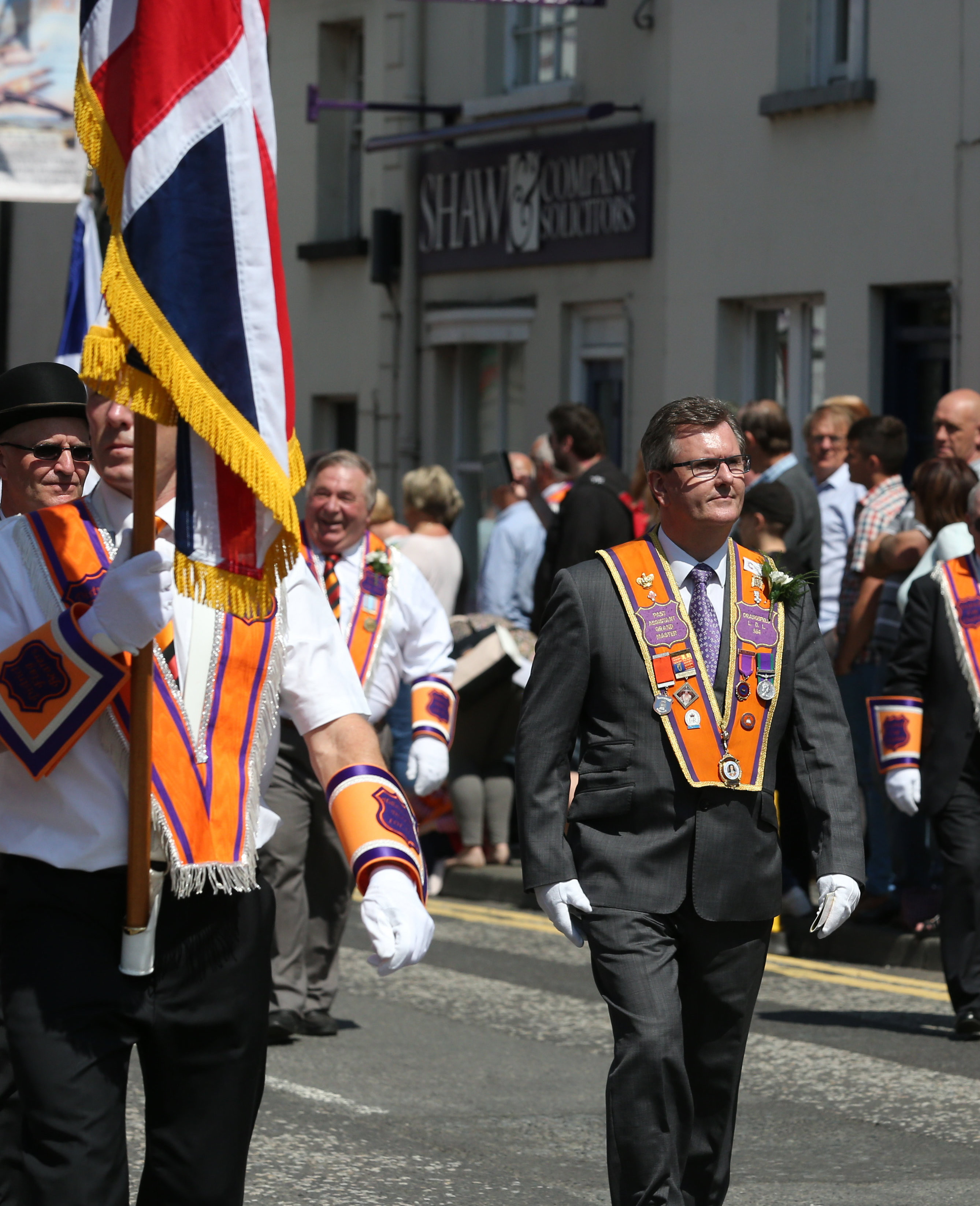 “I commend the Loyal Orders and numerous cultural groups who organised fantastic celebrations over the Twelfth period.

I was delighted to be able to attend some of the events. They were educational, competitive and brimming with talent. Indeed some were record breaking. Folks of all ages were able to enjoy the colours and sounds of the bands, song, dance, stage and then the parades on the Twelfth as well.

Whether supplying new band instruments, supporting tuition or modernising practice halls, we will continue to support the rejuvenation of events celebrating the Ulster-British culture. It was exciting to see a real revival of the Ulster-British celebrations take place. This has been the culmination of a decade’s work and effort by a tremendously dedicated army of volunteers who for years persevered with events in the absence of funding or any meaningful support from central or local government. There is more work to be done.

Whilst the overwhelming number of Twelfth celebrations were hugely successful some events require further work and other displays must be outrightly condemned as wrong. Throughout my lifetime I have had the privilege to celebrate and educate others about my identity all over the world. At no point has burning posters, flags or pictures of serving politicians featured as part of that. Nor have slogans or displays that advocate sectarian violence against anyone in this society regardless of their political position or religious views.

I was also horrified to learn of Twelfth decorations being destroyed in County Tyrone and other hate crimes against the loyal orders having to be investigated across the Province.

We have a rich Ulster-British cultural identity. I want people to focus on celebrating and displaying our culture rather than denigrating others.

When republicans terrorists waged a campaign of hate against people of my faith, I condemned and stood against it. When anyone tries to incite hate, I will call it out and stand foursquare against it.

All politicians in Northern Ireland must be consistent in their condemnation of hate.

Sinn Fein will denigrate my Ulster-British identity and seek to limit the display of any British symbols, yet they celebrate an organisation which murdered Protestants and can’t condemn the campaign of hate against my pro-union constituents. They can’t condemn the attempted murder of colleagues like Nigel and Diane Dodds in the Royal Victoria Hospital or the targeting of civilians in atrocities like Kingsmills or Enniskillen.

We need maturity on all these matters across the board.”