East Belfast MLA Robin Newton has said the Communities Minister should be awarded a score of 17% for her handling of the JobStart Programme. His comments come after figures released to the DUP MLA demonstrate that only 659 out of 3,786 training opportunities have been filled by young people. 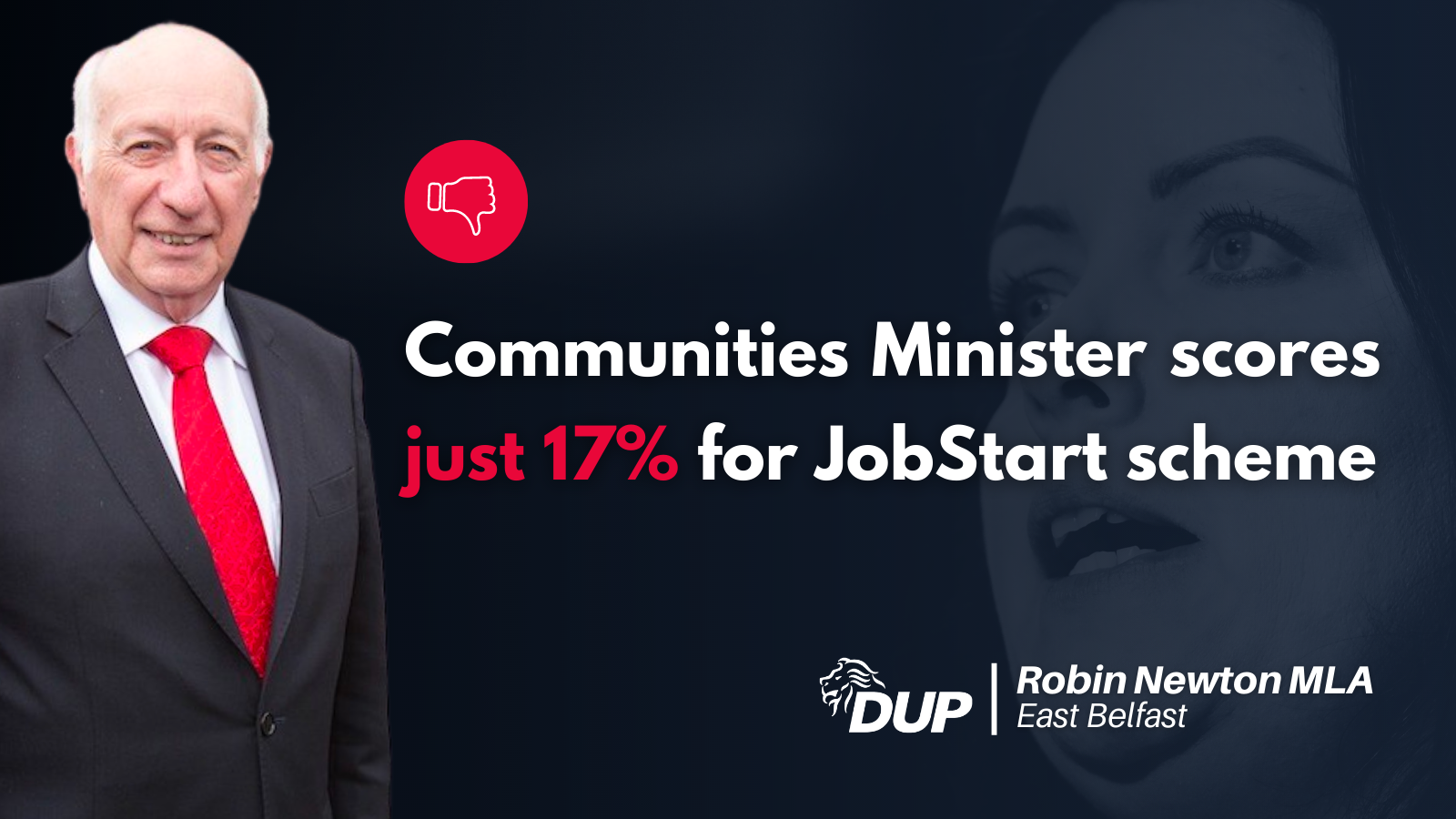 Mr Newton said, "Deirdre Hargey rejected the Kickstart Scheme operated in Great Britain supposedly because she wanted to have a "bespoke" local scheme. In reality we had a Sinn Fein Minister introducing several months of delay just to avoid involvement in a UK-wide programme and instead presiding over her own personally designed shambles.

The most recent figures for July-September 2021 show there are 23,000 young people not in education, employment or training (NEET) yet Deirdre Hargey's 'bespoke' scheme has secured JobStart opportunities for a 659. It is not just that this is a drop in the overall ocean, but it means that only 17% of the 3,786 opportunities offered by employers through the scheme have been filled.

A 17% take up rate is nothing short of disastrous and is an accurate reflection of what the Minister should be scored for this and other areas such as the Sub-Regional Stadia Funding where she has proven to be a Minister of soundbites but is utterly unable to deliver."

The most recent figures for those not in Education Employment or Training can be found here:https://www.nisra.gov.uk/publi...