DUP MLA Paula Bradley has said the Communities Minister must take control of the Emergency Fuel Payment Scheme rather than passing the buck to a charity. 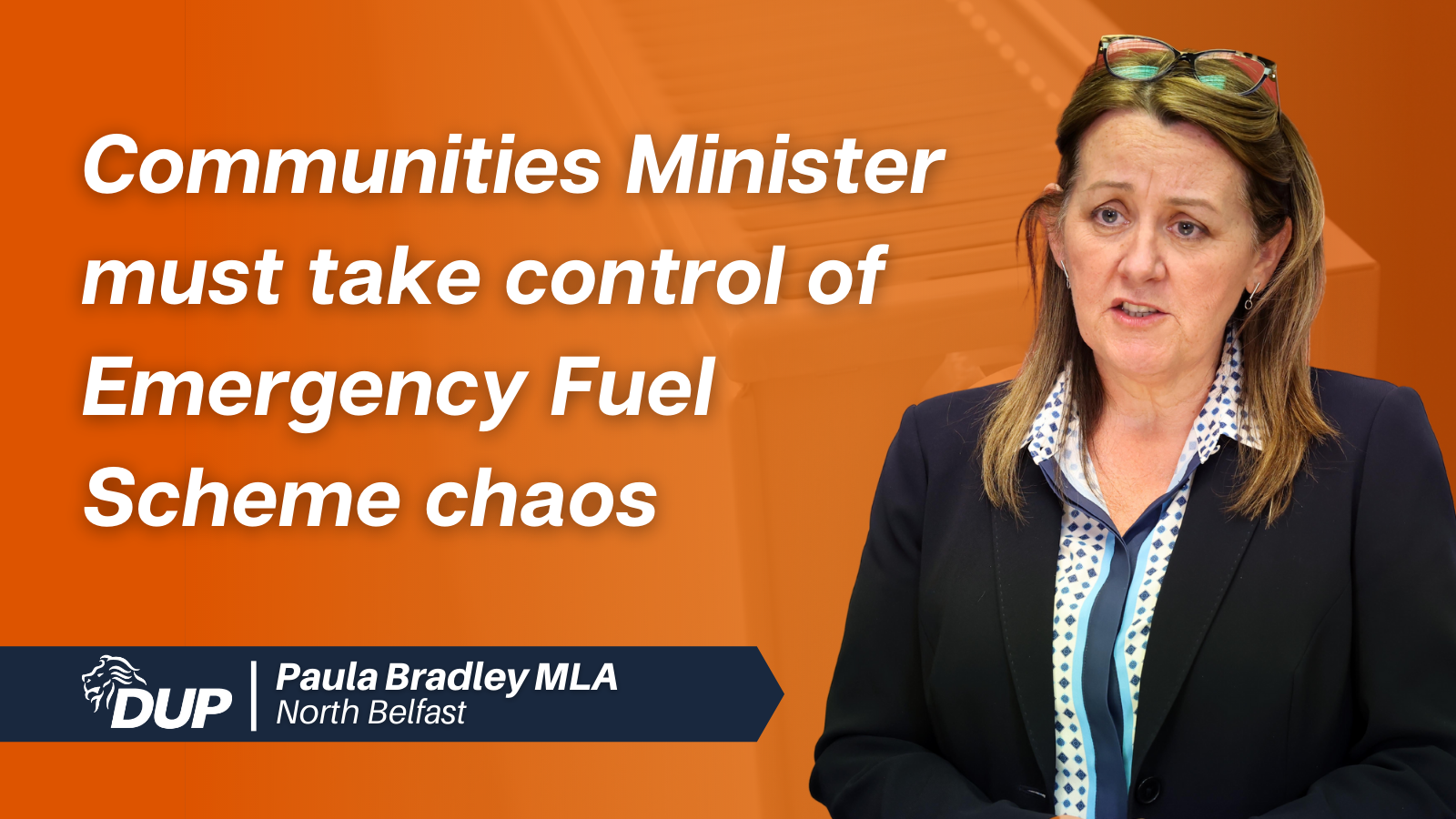 The North Belfast MLA said, "It will come as little surprise to anyone that there has been huge demand for the Emergency Fuel Payment Scheme. The huge increases in fuel prices recently has put pressure on households right across Northern Ireland and putting many in crisis.

This level of demand shouldn't come as a surprise to the Communities Minister, and certainly if she is in touch with the issues dealt with by her Department. At the very first hurdle this scheme has experienced huge problems for applicants, but the only response from the Department is that its "an operational matter" for Bryson. That isn't good enough.

It seems the Minister chose this route simply to allow her to pass the buck for any problems onto a charity. It took far too long to get this scheme running in the first place, and at the first sign of problems it seems the Department is attempting to wash its hands of the scheme.

Deirdre Hargey needs to take control of the situation in terms of both operation and delivery. People experiencing fuel poverty deserve better than a Minister whose main priority appears to be dodging criticism."