The DUP’s lead Policing Board representative Trevor Clarke MLA has welcomed an assurance from the Chief Constable that there are no plans to withdraw personal protection firearms from police officers in Northern Ireland. 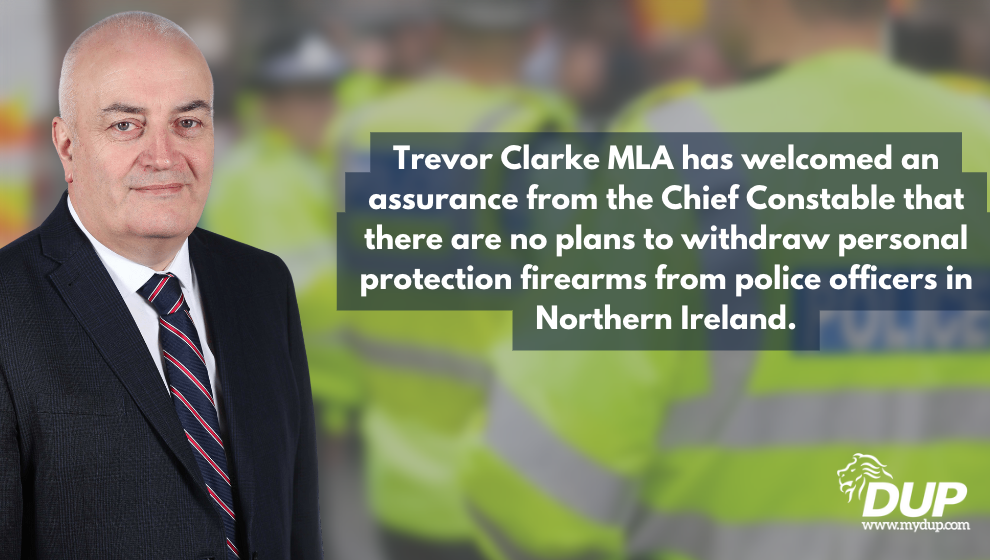 Commenting after raising the issue at Thursday’s meeting of the Policing Board, Trevor Clarke said:

‘‘The upsurge in dissident republican activity in recent weeks highlights exactly why police officers in Northern Ireland should continue to carry weapons for their personal protection.

These groups have demonstrated both the intent and the capabilities to murder and maim. Therefore it would be entirely reckless to leave officers as sitting ducks against such a threat.

The security situation in Northern Ireland is far from normal. The current ‘substantial’ terror threat means an attack is likely and might occur without warning. Ensuring officers have recourse to protect themselves and respond to armed threats against the public is necessary and justified.

Those who claim that the challenges facing PSNI officers is somehow on a par with their counterparts in other regions of the United Kingdom, are living in a fool’s paradise. In this context, I welcome the Chief Constable’s assurance that there are no plans to change the status quo.

The DUP is clear that evidence-based protections for officers must not be cast aside for political expediency.’